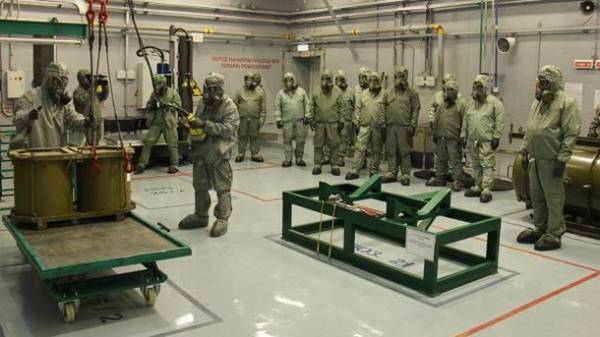 “On one of the photos “RIA Novosti news Agency” attacked the US airbase Shirt visible objects, like containers with chemical weapons,” said the bloggers.

Similar containers can, in particular, to see on the Russian site “Made us. We have much to be proud of.”

In the article, which illustrated a similar container, it refers to the destruction of Russia’s largest Russian stockpile of chemical weapons on a specialized enterprise in the city of Pochep of the Bryansk region.

7 April, the United States launched a missile attack on the air base by Syrian government forces. The Pentagon said that Russian troops had been notified about the strike. The order of attack was given by the President of the United States Donald trump.

In the army of Assad, said six of the dead in the attack, the Syrian Observatory for human rights – four.

Trump’s decision was a response to the application of Assad’s forces of chemical weapons in Idlib province in the attack on 4 April, said the U.S. Department of defense. According to the Syrian Observatory for human rights, the attack killed at least 72 people. The UN children’s Fund confirmed the death of 27 children. According to UNICEF, suffered another 546 people, among them many children.