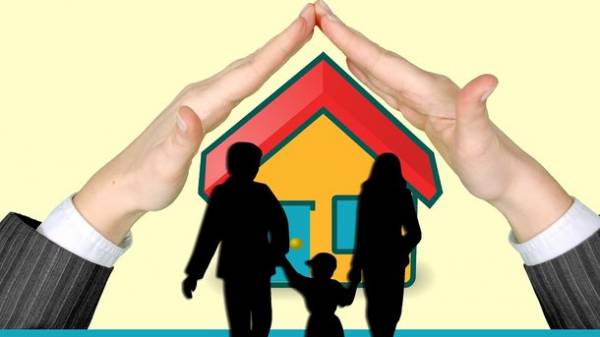 The authorities tightened the requirements for Ukrainian insurers. In July-August 2017 the financial services Commission plans to adopt new regulations aimed at improving the quality of assets of insurance companies and increase their reserves, said a member of the financial services Commission Alexander Zaletov. They need to carry out will be to the end of this year, writes UBR.

The draft Directive of the Commission (“On amendments to the Regulation on obligatory criteria and adequacy, diversification and quality of assets”) were published in late March. The purpose of the financial services Commission — to force insurers to increase their liquidity. Then they will be able to promptly and fully pay on its policies. And they’ll no longer fill up regulator their complaints on this score.

Requirements to the insurance companies began to tighten in may 2016, According to Zaletova, financiers already slightly pulled in the quality of their assets: a significant part of them migrated to more reliable banks, and was invested in the purchase of bonds of domestic Treasury bonds. Insurers have less money to store in corporate bonds and shares of companies.

“This allowed SK to get additional income on bonds and deposits, despite the fact that interest rates on these instruments in 2016 fall. Income from investments in government bonds grew by 17%, and from investments in deposits by 25%. This has led to the growth and liquidity of companies. And this is one of the components of the reliable insurance companies”, — assured Aerial.

Officials are confident that they are acting in the right direction, and the new rules will strengthen the requirements. Namely:

“All changes will force the shareholders of SK to pay attention to the solvency of their companies and to support them financially,” he assured Aerial.

It is expected that the major insurers (particularly financial institutions with foreign capital) can easily fulfil the new requirements. Even insurers in the Donetsk region is not expected bankruptcies or defaults. According to the regulator, the business in those territories has stopped 2-3 years ago and during that time the company had to clean up their portfolios.

“For most of the UK this part is not significant. There is a long contract is not concluded, the risks assessed and the assets of the estate was quietly withdrawn without our standards. This was discussed with the market”, said Alexandr Zaletov.

Problems with the implementation of the new requirements will have insurers less: medium and small companies. Another difficulty may arise from the life companies, as well as in the UK, relying on compulsory types of insurance. Such as MTPL. However, clearly trace the fulfilment of the new requirements of the financial services Commission, most likely, will not. Until the end of 2017, Ukraine has a moratorium on testing, so the controller will not be able to verify the accuracy of statements supplied to him. SK will be able to submit forged documentation.

However, once the Commission gets to the audits will start first warning and then closure of insurance companies. How many financial institutions will remain without a license is still unknown.

“It is difficult to assess which of the players because of the new requirements will leave the market. But today we know that not all companies can afford unnecessary redundancy. Besides, not all are competent financial policy on placement of reserves,” — said the Chairman of the Board of IC “Arsenal Insurance” Sergey Avdeev.

At the same time experts believe that most of the problems with the implementation of the new requirements will be the insurers that sell policies today at dumping prices paid by intermediaries are not the usual 20% Commission, and all 40 – 50%.

“With the cost of the policy, roughly, 1000 UAH, the UK receives under the policy 500 – 600 UAH. And for the reserve, which is covered by assets in the form of cash receipts, this money is not enough. The probability that he will be able to properly pay insurance claims in the future is reduced. A potential bankrupt,” said to replace the Chairman of the Board IC “Universal” Andrew Semergey.

That kind of companies often experience financial problems: their assets, the secured junk stocks. And send in Natskomfinuslug fake accounts. According to various estimates, that’s nearly half of the insurance market of Ukraine.

However, in the first place from dishonest insurers do not suffer from the regulator, and customers. Because of the regular financial problems, the UK will not be able to pay people when those have insured events (health problems, accidents, property damage, etc.).

“Soon there will be regulations, will pay to the agents, but will save money on people, reducing insurance payments”, — said the Chairman of the Board of the public Union “Ukrainian insurance Ombudsman” Yuri Chunikhin.

The troubled company has already himichat with the Polis: the practice of reducing the amounts of insurance indemnity and other tricks. All with one purpose — to subsequently less pay person. To do this, he will invent a variety of excuses.