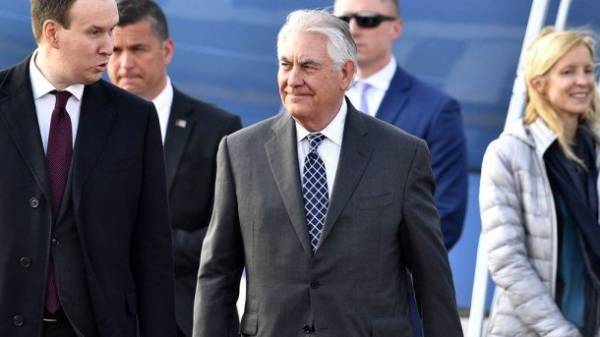 The U.S. state Department has stated that until the head of the Department Rex Tillerson was not invited to a meeting with Russian President Vladimir Putin. About it said the acting state Department spokesman mark Toner, transfers “RIA Novosti”.

He noted that the meeting will be held if the American diplomat received an invitation.

“So far we have not seen such an invitation, but it might come,” suggested Toner.

In turn, the Kremlin said that it is not yet known, will there be a meeting of the Secretary of state with Russian President Vladimir Putin. Press Secretary of the Russian leader said that while he could not confirm this.

Earlier, American media reported that during his visit to Moscow the Secretary of state may make accusations of Russian complicity and concealment of war crimes committed by the regime of Bashar al-Assad.