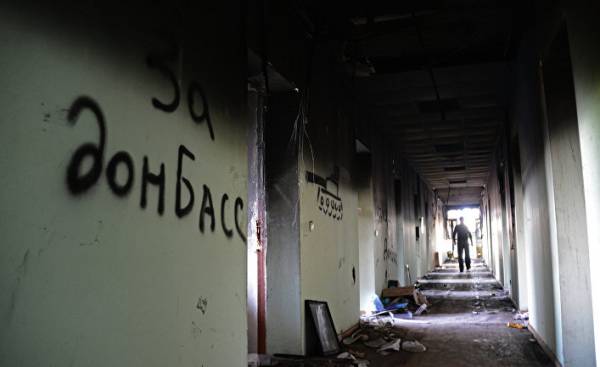 Russia will not respond to the air strikes that the US did the night of 6 to 7 April. She’ll wait on 11-12 April, when needs will be met Rex Tillerson with Sergey Lavrov. Before the meeting, the US just decided to raise the stakes in the negotiation process. In addition, everyone understands that to produce 59 “Tomahawk” and in the course of this shelling killed several people and fell into disrepair a few planes, suffered neither the runway nor the infrastructure, it’s more than incompetence, which is unlikely to ascribe the American army.

Especially, the United States has warned Russia that will attack. On the other hand, Russia is now a free hand. If allowed, the US, Russia will now assume that it is allowed to use the same weapons in other countries. If tomorrow there is some fighting in the vicinity of the Town or in the area of Mariupol, respectively, it is clear that Russia now has carte Blanche to use the same funds to the Ukrainian side. No longer hiding behind the DNI and the LC, but simply as a side, which uses case law in international relations, and can strike at the neighbor Poroshenko.

I would also like to draw attention to one point. The Syrian attack on trump, more likely, used not for military purposes, and the internal. Inside the US, he had in one fell swoop good dividends. First, it is this fire demonstrated that is not an agent of Russia. In addition, he thus drew to his side some people from the democratic party and part of the Republicans, who were in opposition in the Senate. Further, he actually gained more and support the defense industry, the military, because previously, it was supported largely financial. So he earned a few points.

One should not ignore the fact that the strike was not chosen by accident. It is also a demonstration of American strength, because the attack happened at a time when the US was on a visit the Chairman of the people’s Republic of China, XI Jinping. Given the ambiguous relationship between China and the United States and that both countries show each other the muscles, in this situation, it is also a warning that the U.S. is ready to defend the old order in every way.

It all comes down to one moment — it is such a show-off military to achieve diplomatic goals.

With regard to the attitude of Russia to the United States. On the one hand, Russia had no illusions about Russian-American relations. Was some people who believed that after the election trump Russia got their agent in Washington. Given that trump is the nominee of the Republican party, and it is much stiffer than democratic, it’s a pretty naive statement. Trump may not be Pro-Russian because he is Pro-American President. The official Kremlin understands it’s all wonderful. Since the inauguration in the United States had not yet been appointed Deputy head of the state Department, responsible for Russian and Ukrainian direction; was appointed Minister of defense, was appointed part on international Affairs. Thus, trump revealed that not hurry to make conclusions regarding the relations with Russia, because if they were, it would be possible for him to judge what is the policy of Washington against Moscow. While all of this was not and it will be produced in the course of communication Tillerson with Lavrov in the course of communication of Putin and trump.