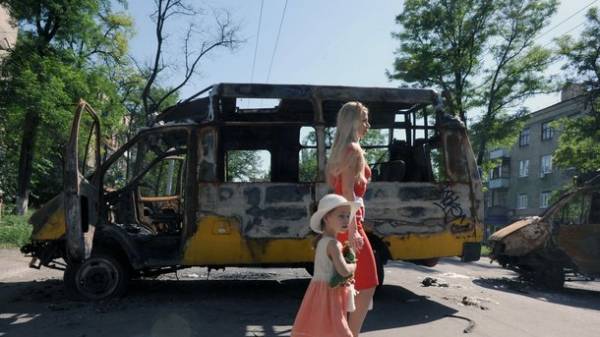 Today the head of the so-called “DNR” Alexander Zakharchenko said about the establishment of a new “state” – “the Ukraine”, which is supposed to be the “the successor of Ukraine”. According to the leader of the militants, this is “the plan of unification of not only the Donbass, but throughout Ukraine, which will allow you to stop the war.” Experts believe that this idea was not born in the temporarily occupied territory, and in Russia. Thus, the political consequences from such loud statements, although the Minsk process may still suffer.

With the “new Russia” in “little Russia.”

In dreams Zakharchenko, the capital of the “little” “in the city of Donetsk, and Kyiv city remains a historical and cultural center of the capital city status”.

In addition, the leader of the so-called “DNR” said that “in the country” will need to introduce a state of emergency for three years, at which time the should be discontinued the activities of political parties and started investigation, “crime in Odessa, for the Maidan in the Donbas.”

Your plan Zakharchenko called the plan of “reunifying the country” and invited “all people of Ukraine out of the war through the reestablishment of the country.”

According to political experts, the idea of creating a “little” dictated from Russia. “I think that this game with “Little Russia” – is, even in the terminology, the game Surkov (assistant to the President of Russia Vladimir Putin, Vladislav Surkov – Ed.) team. They love creative writing. In 2014 played in the “new Russia”, now in “little Russia”, – told the”Today” political analyst Volodymyr Fesenko.

However, the expert said, the name arose the difficulty – if “new Russia” is still many liked the name “little Russia” sounds pejorative and is not adequate for Donbass.

According to experts, the initiators of such statements in Russia attempted to use it to scare the Western negotiator on the eve of telephone negotiations “channel four”. However, the practical consequences of this statement will not, as neither the failure of the Minsk negotiations, no waiver of the Minsk agreements do not meet Russian interests, he said. So if they were going to withdraw from the Minsk format, we would have declared this refusal, and the delegation would not have agreed to come to Minsk. However, the expert does not exclude that it can be, but still has two years of Russian at all levels said that a Minsk format suits them.

However, if this decision really will be made in Mosvke, then it can be implemented, he added.

However, as write rossm, citing sources close to the administration of the Russian President, for the same Vladislav Surkov initiative Zakharchenko was a surprise. According to one of interlocutors of the edition RBC, with the idea to create a “little Russia” was organized by the environment leader of the so-called “DNR”.

According to the publication by TASS close to Surkov, the head of the Center for political conjuncture of Russia Alexei Chesnakov, the project was nominated by several writers and bloggers close to the leadership of the so-called “DNR”, and in the self-proclaimed leadership of the “Republic” it is considered frivolous. Moreover, the leaders of the so-called “LNR” took the idea of creating “little” as inconsistent and untimely, said Chesnakov.

As the Director of the Institute of socio-political designing “Dialogue” Andriy Miselyuk, Zakharchenko, from time to time makes outrageous statements, but take them seriously not because he voiced only what he is told or what he allows. According to the expert, this statement need to maintain sentiment in the so-called “DNR”.

The Minsk process can be affected, but the escalation in the Donbass will not be

Today’s statement by the leader of the so-called “DNR” Zakharchenko leads in the stalled Minsk process, said the representative of Ukraine in the Trilateral contact group on settling the situation in Donbas Yevhen Marchuk. According to him, the next meeting, whatever its agenda, will begin with a discussion of the statement.

“Most likely, this statement is coordinated with Russia, after all her failures with Europe and the United States. Russia has failed to negotiate with France as a member of the “Norman format” and the United States as the main country that affect the security situation in the world. In connection with these circumstances, I expect that some of the moves of the Russian side to block the Minsk process, but in the context of what they supposedly are not to blame – “said it is not Russia, it said Zakharchenko,” – said Marchuk.

According to the analyst Yaroslav Makitra, today’s announcement Zakharchenko is evidence that Russia and affiliated terrorist organizations are not going to perform Minsk agreement. The expert notes that now, in fact, the Minsk process is stuck at a certain stage and not performed – not taken place the exchange of prisoners, or a total cease-fire.

“Such statements and actions to block and stop the process at that level on which it is. The next step after the exchange of prisoners and a complete ceasefire was meant to be a political settlement of the conflict. Therefore, these statements of the political kind directly destroy this possible political negotiation process in the future,” said Nut.

According to experts, such statements without agreement with Russia is impossibleas it directly will affect the Minsk process, and will be discussed in “channel format”. Moreover, the expert notes that this statement is not just agreed with Russia, and it was the direct initiative. However, the expert said, this initiative is aimed at checking of soil. So, if Russia sees that they can “bend” the situation to her favor, she will openly support this statement, but if such opportunity will declare that the initiative is irrelevant.

“Threats, of course. By far, just such words and actions would have been taken. First, this is a test of the soil. Secondly, it is for domestic consumption, to raise the morale inside these terrorist formations”, – said Nut.

Moreover, if there is an escalation of the conflict, it would derail the diplomatic game of Russia, which lasted two years, he said.

Recall President of Ukraine Petro Poroshenko said that the Russian “Novorossia” project has not been implemented in Ukraine. About this he wrote on Twitter press Secretary of the President Svyatoslav Tsigalko.

“The project “new Russia” was buried. Ukraine will resume sovereignty over the Donbas and the Crimea”, – said Poroshenko during a visit to Georgia.