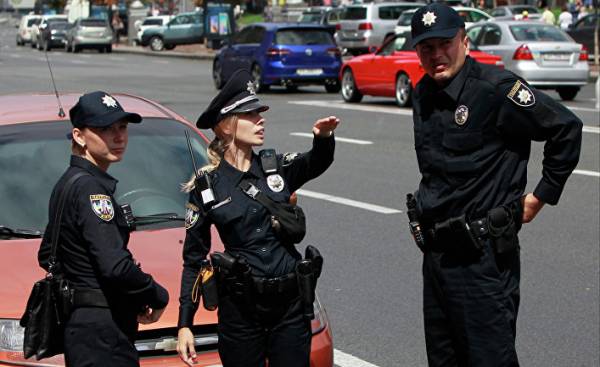 The attempt to reform the domestic militia on the American model created the marvelous shining instance of lack of professionalism. Why did it happen and how much it costs the budget to support the illusion of legal and safe state, to understand “Apostrophe”.

In the 1970-ies the level of confidence in the police in the USA did not exceed 20%. Practical Americans have created a special Knapp Commission, which studied police work in new York, came to the conclusion that things badly. She was sent to the Ministry of justice and the U.S. attorney’s office recommendations that formed the basis of the reform of the police system throughout the country.

Candidate cops should finish short-term courses, as we do, and receive annual training at the police Academy. Private police appointed a detective soon after he distinguished himself during a patrol of the streets. Five years later, he can climb one more step, passing the exams. In the future it can raise in rank only after three years of stay at the previous positions.

The Commission recommended that each head is personally responsible for his subordinates, and police departments have a Department of homeland security, which may apply to any citizen. These departments are implementing in other parts of the undercover.

To militiamen broke away from the people, they were obliged to find volunteers to patrol the streets and preserve order (analogue of the Soviet national teams). Volunteers undergo a short training program, receive a uniform and a patrol car. In new York city for 40 thousand have 4 thousand volunteers. And police chiefs were obliged to have a whistleblower from citizens who record violations of the COP and reward informed about them.

In addition, the US has created a legal social organization that controls the police. In San Francisco, for example, is the “Committee of grievances” that have the right to conduct its own investigation. Its findings it shall send to the chief of police, who decides the fate of erring employees.

Another innovation, which we should adopt. The police do not evaluate her reports, and are guided by regular surveys of the population regarding its effectiveness. They are organised by the Gallup Institute. As a result, in 2008, the police were trusted by 73% of Americans, and San Francisco is 85%.

The envy of the SBU

When it comes to the Ukrainian power structures, that comes to mind is “Expensive and bad”.

For comparison figures of the budget funding of civilian agencies.

Let’s take a breath and face it. So, the army, the security forces, which includes the GPU, the interior Ministry (including the National police), Ministry of defense, NABOO, the state Bureau of investigation and the SBU (the state fiscal service, the state border service of gschs and derive the brackets), this year will cost 153,242 billion. In the current year on the cultural development of citizens planned only 3,254 billion.

It is impossible not to pay attention that total costs of the security of the state exceed the costs PF — 141,315 billion. But the interesting thing is that the highest priority received the interior Ministry, which in total will digest nearly half of the money intended for security — 75,847 million. SBU it budget of 6.5 billion can nervously Smoking in aside and jealous of his colleagues.

In this regard, we can recall the statement that people who do not want to feed his army, will Finance someone else. Of course, nobody will object to the defense Ministry for a long time were in a coma, has received a 64 billion UAH. But of this amount for the purchase of weapons and defence development will have only 6.3 billion.

New more expensive than the old

Another thing — MIA. The Agency, on the basis of cost budget, cherished. What is it called? A lot of nuances, but the main reason is the instability of the current government.

Now let’s do a little analysis. In the 2016 budget for the Ministry of interior was laid 40.8 billion UAH, which is significantly more than planned 16,05 billion in 2013. Accordingly, with this funding are supposed to increase its effectiveness. Otherwise, there is a legitimate question whether it was necessary to start a reform of the interior Ministry, if the output have the worst performance.

Criminal statistics, we engaged in the General Prosecutor’s office data use.

As you can see, the figures of the old police sample 2013 look much better than the new police force, despite the fact that money last began to get a lot more. In fact, this unpleasant fact, in February of this year was confirmed by the Prosecutor General Yury Lutsenko, declared that the crime situation in most regions of the country is a major concern, crime is growing every year.

Yes, and the moral character of some police officers, to put it mildly, does not Shine. For example, in November 2016, two police officers arrived on call, stole the collection of antique coins worth 200 thousand UAH. They were detained when they tried to implement numismatic value.

In December 2016, the press service of the Prosecutor’s office of Kharkiv region reported that two employees of one of regional departments of police came to the apartment, where he died a 79-year-old man. Using the fact that native grandparents were depressed and did not watch for anyone suspicious, the police removed the upper clothes of the deceased the keys to his apartment and cell phone. On the same day they entered the apartment, stole a TV, 800 UAH and keys to the cars, which was later stolen.

And what about the incident that occurred on 17 March 2017 in Kiev. The Chairman of the house on Bereznyakovskaya str., 22 called the patrol police to record and make a hole in the yard.

“Profits, and talked calmly until he heard the phrase “will not write, are not required, and a sheet of paper go, take home.” I scored 102, was asked to send the monitoring service and responsible for the area of PP. After a conversation with 102, the COP began to push me in the stomach, a request not to touch asked: “what?” Then have three of them began to beat me,” said the man.

Later he was taken to the Dnieper police Department, which designed material 185 adminkodeksa (willful disobedience and failure to comply with the requirements of police officers). Video of incident is laid out in open access on the Internet. I advise you to watch how three young men in form in broad daylight in front of passers twisting his hands together the man and beat him on various parts of the body.

Meanwhile, interior Minister Arsen Avakov is full of optimism. In an interview on TSN at the end of February 2017, he said that the patrol police at the peak of the “admiration and affection” had a level of confidence of 60%. But today it has dropped to 40%.

Based on the experience of the European countries, sustained the law enforcement system will appear in the case when the police would trust more than 50% of the population. According to him, this system will be in 3-5 years when stabiliziruemost situation and young children, recruited through competitions, “will begin to take leadership positions, gain some experience and will cease to break the machine, over which all make fun”.

Reform of the security forces is not only a high salary (in a country of police monthly catch on bribes), and thoughtful analysis of the situation and developing a clear and systematic strategy for the development of the law enforcement system. 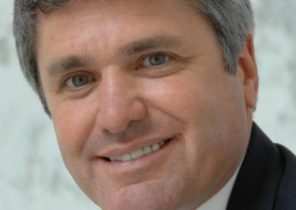