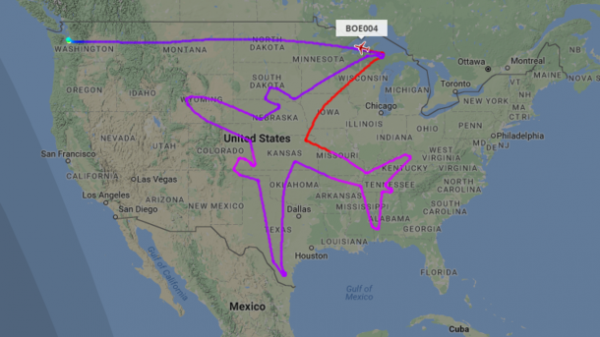 Airline Boeing created an original is private aircraft. This morning one of the aircraft company Boeing 787-8 Dreamliner took to the skies to “draw” your route line giant silhouette of the aircraft in the sky over the territory of the United States of America.

Boeing 787-8 Dreamliner departed from the airport of Seattle. To fully complete the “picture”, it took him about 14 hours. Interestingly, in fact, he repeated the silhouette. Watch the process live was on the website Flightradar.