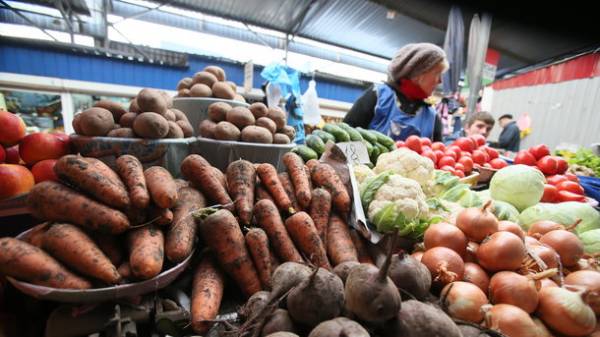 Traditional Ukrainian national dish — borsch — rose again. Over the past three months, the pan of the famous dishes jumped in price by 26% compared to the last quarter of 2016. These are the results of calculations of the index of borscht made for “Today,” experts of the Ukrainian agrarian Confederation (UAC). But closer to the summer experts promise to reduce the cost of the soup. 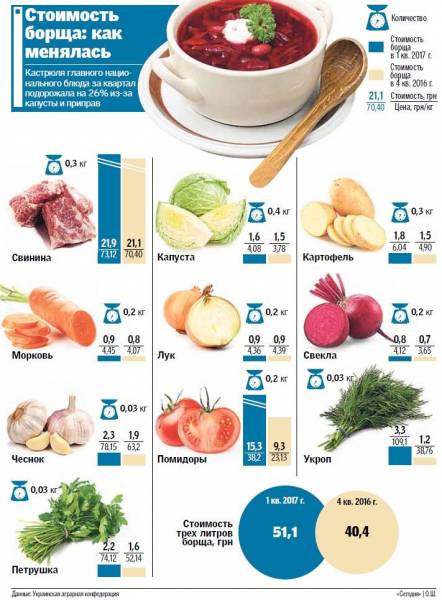 FORECASTS. As for the second quarter of this year, the situation is ambiguous, says the Dane. In April, do not expect a drop in meat prices in connection with the celebration of Easter (this year April 16), but rather the opposite. Only in summer it can fall to within 5%, or 3-4 UAH/kg. the price of BORSHCHOV set traditionally goes down closer to may, when you grow up the offer of a greenhouse and early vegetables. Director of the Ukrainian Association of trade networks suppliers Oleksiy Doroshenko said that this spring you can cook two kinds of soup: “premium” — of the vegetables of higher quality and therefore more expensive, and “economy class” — borabora 2nd grade. “Now trade as never before, divide the vegetables into two categories that differ in price by half: for example, washed a potato or a carrot without its flaws are 10-12 UAH/kg, and the “drunken”, from which it is difficult to choose something, and 5-6 UAH/kg, — Doroshenko. — It is a marketing ploy, and not to write off for damage. So it will be until the summer until you sell the remains. The meat seems to have reached the limit of purchasing power and after Easter. Prices will go down by 5% or more. So the pot of borscht in the second quarter will drop, perhaps even to the level of December of last year, minus about 25%”.