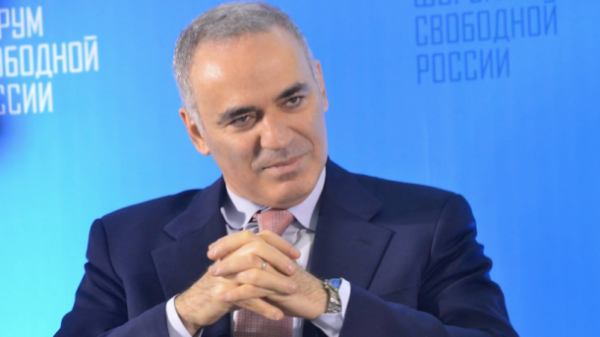 Russian opposition leader Garry Kasparov believes that the attack in the St. Petersburg metro can be beneficial to Putin’s regime. About this he wrote in Facebook.

According to him, around what happened in St. Petersburg a lot of surrounding circumstances.

“It is too early to draw final conclusions, not to mention the surrounding circumstances: Putin in St. Petersburg; the Russian government is on the way “crackdown”; after the recent mass arrests of Russian activists, Putin’s regime in the West looks very bad. In addition, the natural sympathy of the civilized world to the victims of the terrorist attack can stop continuously unwinding in USA spiral “criminate” and allow Trump to resume the conversation about the joint struggle of Russia against international Islamic terrorism,” wrote Kasparov.

He added that once again “unknown terrorists” fit perfectly into the political agenda of the Russian dictator.

We will remind, today in the metro of St. Petersburg , an explosion occurred in the subway between stations “Tekhnologichesky Institut-1” and “Sennaya Ploschad”.

As it became known, the attack killed at least 10 people. Local authorities report that the explosion in the subway of St. Petersburg injured 50 people.

In turn the President of Russia Vladimir Putin said that it is too early to talk about the causes of the explosion in the subway of St. Petersburg, but he does not exclude the version of act of terrorism.