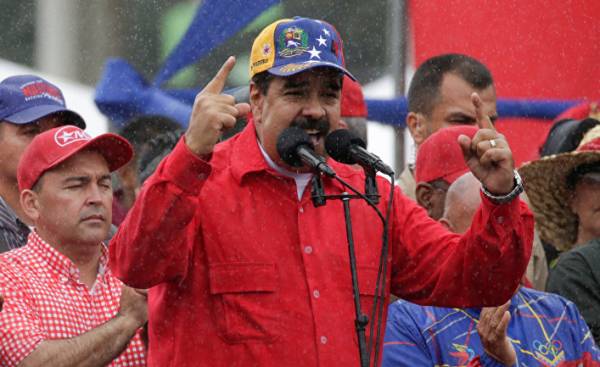 The revocation of the authority of the National Assembly of Venezuela and their transmission to the Supreme court, controlled by the authorities, the empowerment of Nicolas Maduro special rights in the judicial, military, economic, social, political and civic means a heavy blow to state institutions, which does not have analogs since the beginning of the crisis of government in Venezuela. This is a real coup, without any shades.

On a continent where democracy has made impressive progress after the past regimes of the 70s and 80s years, Venezuela’s slide to dictatorship are deeply worrying and causes concern to think about the future of a country that does not deserve to be out of the freedoms that prevail in most Latin American countries.

The national Assembly is the legal legislative body that is enshrined in the Venezuelan Constitution developed and adopted, by the way, with the active participation of Hugo Chavez. In its current composition, it was democratically elected in December 2015. As President, Maduro must not only recognize the results, according to which the opposition won the majority of seats in Parliament, but also to interact with it for the benefit of Venezuela.

However, the President never did. Moreover, from the very beginning he tried to circumvent the law by using different tricks, in particular, appeal to obscure alternative Parliament or the adoption of the budget. Completely ignoring the views of the National Assembly. In the end, he ordered that the law enforcement system, fully controlled by the authorities, the beginning is utterly wrong from a legal point of view, the process that ended with the deprivation of the Parliament all powers. This is something unimaginable in any country that is committed to the world community believed it was democratic.

In the circumstances, can not but cause surprise hard the statements made by the Secretary-General of the Organization of American States (OAS), Luis Almagro (Luis Almagro) and the report of the organization, offering to hold elections. According to Almagro, “because of the dictatorship can be chosen by means of elections”.

The destruction of the constitutional order with the support of Maduro and his entourage means a dangerous point of no return in the schism caused by the chavismo. In spite of the serious appeals to sanity and dialogue that has been repeated for months of the international figures and organizations, to attempt mediation, undertaken by the Vatican, Maduro refused to comply with those minimum requirements which are at least made possible the search for understanding. It is only with great pertinacity was to prevent the fulfillment of the law, which ultimately resulted in the coup d’etat that took place on Wednesday this week.

Today Venezuela is in isolation from neighboring countries. It is a state with political prisoners, persecuted the opposition, disbanded Parliament, and a collapsed economy. That is the true legacy of Nicolas Maduro and chavismo. That’s what Venezuelans do not deserve. They should be denied the right, as required by the OAS, to choose their rulers in free elections.