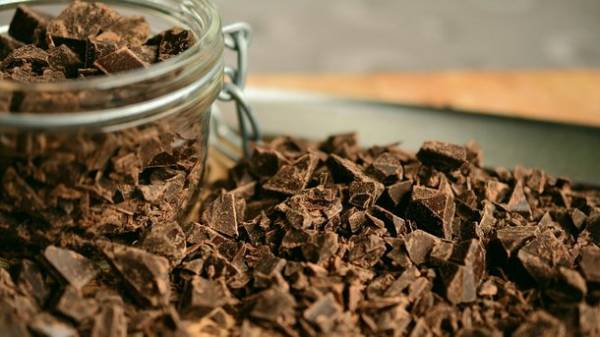 Among those who ate two to six servings of sweets per week, the risk of developing atrial fibrillation was decreased by 20% compared to those who eat sweets no more than once per month. Until recently, there were a small number of studies regarding the relationships between eating chocolate and heart arrhythmia affecting more than 33 million people around the world.

It is believed that the information contained in cocoa beans flavonols ensure the healthy functioning of blood vessels. Now scientists have found a significant relationship between chocolate consumption and a lower risk of cardiac arrhythmias. This relationship suggests that even small amounts of chocolate has a positive effect on the health of the cardiovascular system. Called atrial fibrillation irregular and often too fast heartbeat. This disorder is more common in elderly people and in men more often than women.

Atrial fibrillation causes dizziness, shortness of breath and rapid fatigue. Sometimes a person notices the symptoms of atrial fibrillation, and sometimes it develops without any visible signs. Stroke in addition to atrial fibrillation also increases the risk of developing heart failure, decline in cognitive activities of the brain, dementia and death.