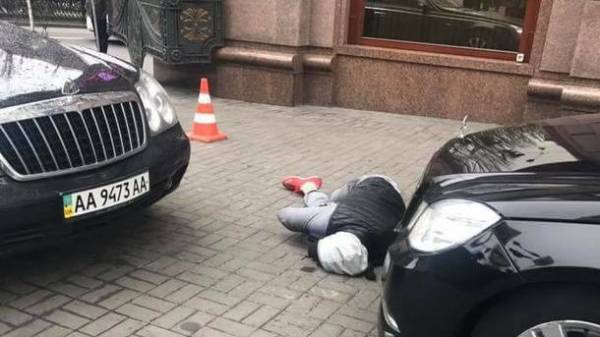 Paul Barsova, the murderer of the former Deputy of the state Duma of Russia Denis Boronenkov, will be buried on Tuesday in the river. This writes UNN with reference to own sources.

As soomaali, 2011 Parsow was wanted by the police for fictitious entrepreneurship and fraud.

While Parsow from 2015 to 2016 was in the lists of personnel of the National guard, but the adviser to the interior Minister Anton Gerashchenko calls him an agent of the Kremlin. Gerashchenko argues that Parsow in early 2015 on foot crossed the Ukrainian border with Belarus, and from there went to Russia, where she studied at the school of saboteurs. According to Gerashchenko, after preparation Parsow was abandoned in the Ukraine, where he joined the National guard.

We will remind, eks-the Deputy of the state Duma Denis Voronenkov was killed in the center of Kiev on March 23. The murderer was wounded by a security guard of former MP and later died in hospital.