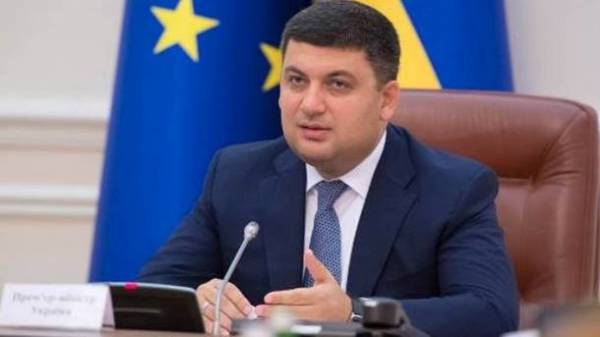 The Cabinet of Ministers approved the Medium-term plan of priority actions of the government in the years 2017-2020. The decision was taken at the Cabinet meeting, reports 112.ua.

Has submitted a Plan of action for the government of Prime Minister Vladimir Groisman, which was approved by unanimous decision.

The Prime Minister stressed that before 2020 we need to ensure annual GDP growth of 4-5%, and promised a”qualitative” increase of pensions to Ukrainians in October this year. Not forgotten and the Prime Minister on land reform, stating that it will “surprise”.

As stated Volodymyr Hroisman, the government intends to give this opportunity to every region of Ukraine to implement major infrastructure project. He noted that the implementation of such projects envisaged in the action Plan of the government until 2020.