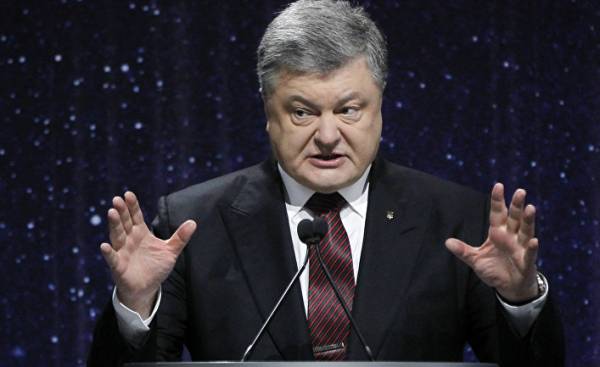 The President of Ukraine Petro Poroshenko said that the completion of the ratification of the Association Agreement with the European Union — a reunion with the democratic “family”. He said this in his speech at the event near the monument to Pylyp Orlyk, dedicated to the Constitution Day of Ukraine, on Wednesday, June 28.

“The Ukrainian constitutional thought over 300 years. And Ukrainians through the centuries carried the understanding of the importance of equal rights, democracy and the responsibility of government. And that is the state we do now. We return, finally, to the European home. Through the completion of the ratification of the Association Agreement with the European Union, through 11 June, Ukraine finally got bezviz, and not simply as the right of visa-free travel to the European Union, and as a final “farewell” of the Russian Empire. We reunited with family, of which was for centuries”, — said the President.

As reported, the events that occurred around the adoption of the Constitution in 1996, filled with myths, innuendo and hearsay, though, as it turned out, on the one hand, it was much more prosaic than it seems, and on the other hand, is much more difficult.