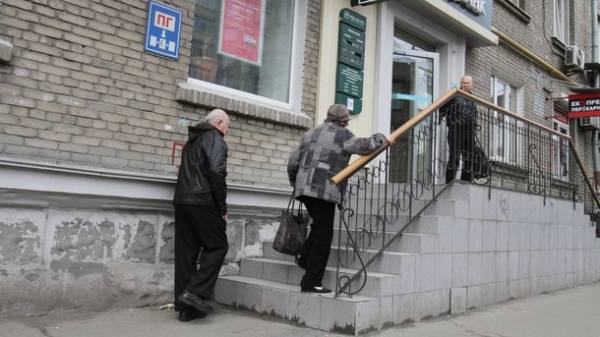 A little more than a month, ending the heating season, and the amount in the payment for utilities will be less than about three times. First of all, it will affect those tenants who were not receiving subsidies to pay for “communal” and those — 2/3 families or up to 9.5 million households. But with the new topstone the number of families receiving assistance from the state, will be reduced by approximately 1.5 million and another 3 million households, the subsidy will decrease. The main reason — growth of mentorplace twice (up to 3200 UAH from 1 January 2017). Indeed, despite the increase in incomes of the poor, all accrued in October 2016, the subsidies have remained at 30 April. But the Ministry of social policy, we have confirmed that state aid for the payment of “communal” is counted starting from 1 may. And, according to experts, many will be taken away, or reduced.

PUT ANYONE. As explained in the press service of the Ministry of social policy for subsidy eligible families whose spending on “communal” exceeds 15% of the average income over the last six months. Anything over, will pay the state, but only within the norms of consumption of services. They recall (assigned in 2016 subsidies) are 21 square metres of heated accommodation per person + 10.5 square m per family (i.e. a minimum of 31.5 sq m), 100 kWh/month. electricity for 1-2 households + 25 kWh for each of the following, as well as in the month: 1,6 cubic meters of hot and 2.4 cubic meters of cold water (or 4 cubic meters of cold), a 4.4 cubic meters of gas for domestic use and 5.5 cubic metres for the Parking of one “square” with the heating gas.

For example, a family in Kiev of two adults and two children fit into singmy — live in 3-room apartment of 80 sq m, equipped with gazplita takes a month to 17.6 cubic meters of gas, of 9.6 cubic meters of cold water, a 6.4 cubic meters of hot water and 180 kWh of power. So in winter she has to pay for the “communal” about 4,000 UAH, 1000 UAH in the summer. When income in the two old mentorplace (3200 UAH/month. in total) compulsory payment equal to 480 UAH, and the subsidy is 3520 UAH in the period from October 1 to may 1 and 520 UAH in the remaining months. But when mentorplace 3,200 UAH, the state will provide subsidies 3040 UAH in winter and in summer, only 40 UAH. It is obvious that for families with incomes higher than the minimum, a grant in the summer it will be lifted, and in the winter will reduce significantly. That’s not all — on February 6 the Cabinet of Ministers has reduced the subsidised norms: 10% for those who heat the housing with gas, and 22% for those heated with electricity. I.e., subsidies will become even less. According to estimates of the Cabinet, during the summer season only will these measures save 5 billion UAH, and after switching on the heating next fall the amount for topstone triple.

EXPERTS. Economists and specialists in komuslug believe that the system of grants we have inflated and should be reduced, but acknowledge that the measures taken by the authorities, will hurt consumers.

“The main problem: inflated tariffs, especially for gas of the Ukrainian production, which is less expensive than imported and it is sold to the population and enterprises kommunenergo at world prices, says former Minister of housing, Chairman of the Union of homeowners Oleksiy Kucherenko. — Depends on the cost of heat, hot water, as the most unaffordable services. Cheaper gas and the issue of subsidizing almost half of households will disappear.”

The President Ukranalittsentra Alexander Ohrimenko recalled that, according to the Cabinet, government debt to the utilities for the subsidies of 25 billion UAH: “it is Obvious that the authorities have not calculated the forces and are now looking at state aid cuts, in particular raising mentorplace. But the lack of subsidies will have other debts — a “communal” will not be able to pay consumers. As it will be to get out of the vicious circle, hard to say”.

Want to consider the deposits. The Ministry also plans to include in income recorded in subsidies, deposits of family members in banks. This was recently stated by Minister Andriy Reva. “Most likely, we’ll do it in may, it can be considered income, because the interest is paid,” said Reva. We are talking not about the actual deposits, and accrued Bank interest.

According to Okhrimenko, the idea is unlikely to be implemented quickly, as I will have to change the law on banks in terms of access to secrecy. “If we are talking only about percentages and not about the actual Deposit, this amount is insignificant, but to change the law will have to seriously, the game is not worth the candle” — summed up Okhrimenko. But the monetization of subsidies this year, however, while on the level of payments between the state and legal entities (companies, utility companies, gas companies, condominiums), — the Parliament submitted the relevant draft legislation, it is expected that they will review the other day. This was announced yesterday, Deputy Prime Minister Gennady Zubko. 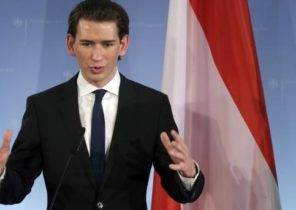