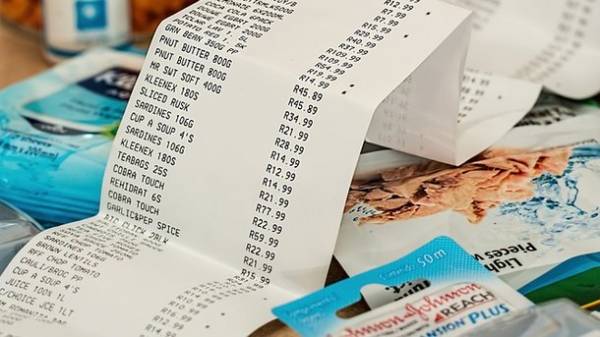 In Ukraine, the ongoing war for cash registers in the markets and online stores. Last week, the Fireplace took the decision to increase the list of warranty goods and prohibiting their sale without PPO. This list includes not only electronics and appliances, but also watches, sunglasses and lot of other products, writes UBR.

Activists raised the noise, the draft was not public comment and has not been agreed by the Government of the regular service – and tried to delay its entry into force, blocking the official publication.

But there are a lot of supporters. They believe that ordinary citizens from increased terms of trade will benefit. Not least because that will decrease the share of smuggling and outright fakes.

Now the share of grey import in Ukraine has already reached the quarters of the market.

For consumers all complicated by the fact that buying such a product, they can’t even bring the seller to justice. Moreover, it is impossible to find store data and other information, without which it would be difficult to complain, for example, in Rospotrebsoyuz.

As told to V. acting Deputy Chairman of Gospodarevskaya Lily, Stirenko, shops are in no hurry to provide information about themselves and the product largely because the penalties for these violations in Ukraine, a minimum of 51 UAH.

It if a fine comes, because without all the necessary data about the seller statement from the consumer can simply not accept. Also nothing prevents unscrupulous companies, often framed as the FLP, liquidate and re-register to another person.

“The consumer must realize that we operate within the law. If he turns to us with a complaint and it does not contain the data stipulated by the legislation, Rospotrebsoyuz can’t go on unscheduled inspections. Therefore, when buying a product the consumer needs to demand the payment document. If the document is not issued, it is virtually impossible to protect his rights”, — said Steranko.

For example, about violations of the rights when buying goods in online shops last year the service received 463 complaints, of which less than 1% was considered.

Moreover, unscrupulous sellers used to sell products under the guise of official suppliers by registering similar domain names by type Bosch-ua, LG-ua, Miele-ua, etc. In fact, nothing to the official not have technique, likely to have been imported into the country.

“We do not know whether such a product certification, is intended for use in Ukraine, he may not even be instructions in the Ukrainian language. In the end, this product may be dangerous to the consumer. Not to mention the lack of warranty service”, — said the head of the consumer electronics Committee of the European business Association, Director of Miele Igor Makarov.

Thus, taxes tend to go not only Internet sites but also regular stores. As noted by the President of KTD Group, co-founder of the coalition “For shadows” Alexander Gromyko, in Ukrainian shops, more than 30% of cash registers — counterparts. That is, the buyer can issue a fiscal receipt, but the tax he will not go. And in the end nobody knows what the real turnover from these sellers.

But experts suggest not to rush and to adjust the resolution of the Cabinet, for example, be required to install RRO not everything in the shops, freed from this obligation, for example, those who trade the e-small things: headphones, flash drives, mice, keyboards, web cameras, MP3 players, etc. From the list of warranty goods you want to exclude e-cigarettes, strollers, grills, glasses, etc.

“That is, 99% of the comments of small business representatives we have taken into account. Regarding taxpayers in the second category — though they will have to put cash register, but were not inventory (if annual turnover less than UAH 1 million), and will not be in it. But if you exceed this number, you will have to come out of the shadows”, — says CEO of the Association “Ukrainian importers of home appliances,” Sophia Araslanova.

To minimize the risk when purchasing goods and to reduce the share of the shadow economy, according to market participants, should the adoption of the draft law No. 4117. In addition to the General liberalization of the market of cash registers document gives allows businesses to use smartphones and tablets as a PPO.

“The installation of cash registers, of course, not a panacea, but it is an important step to legalization of business in the country. It is also necessary to reform the customs and fiscal service to eliminate the tax police, etc. are Necessary point, and not the total fiscalization of risky segments of the economy. In addition, the fine should and employees”, — said the expert on taxation and budget policy of the RPR Vyacheslav Cherkashin.

According to Gromyko, be required to install cash registers would have, pushing not of annual turnover of the store and its area (say, more than 20 square meters).

As noted by market participants, should not only encourage businesses to voluntarily install the RRO, but also to stimulate consumers buying the goods, to demand a fiscal receipt. And a number of legislative initiatives on this subject market participants are already preparing.

“Not enough to put cash register, you need to get consumers to demand a fiscal receipt. For example, you can go for Georgian-Polish scenario — motivation through a lottery. Ie you get a receipt, it is the state lottery ticket in which people can win money. The second option is practiced in South Korea, where the buyer requires a check, he comes to the base of the tax, fiscal checks it. If not, it would offset the cost of purchase and point fine. The goods thus remains with the buyer. The third option, Italian, more rigid, when inspectors check the check from the consumers themselves, and if not, then fined not only the point, but also the buyer. But such methods are very unpopular,” he told Gromyko.

All these methods will help attract to the state budget about 150 billion UAH.