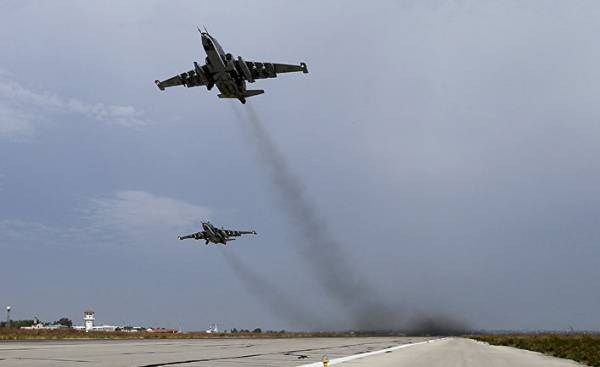 A year and a half since the beginning of military intervention in Syria, Russia has again become a key player in the middle East. But did she regain the rank of a world power?

Yes. This was one of the tasks begun in September 2015 intervention. Half a year later the Kremlin’s efforts were rewarded. Russia has again become a key player in the international arena and a privileged interlocutor of the United States, as in the days of the cold war. “Russia has become a flexible power able to quickly make military and political decisions. As the United States, France and Britain. I think that these changes will be fixed on a permanent basis,” — said the President of the International Institute for strategic studies Francois Heisbourg (François Heisbourg). Russia used strategic “” withdrawal of States from the Middle East in the years of Obama and made a few clever moves in the region in defiance of the established America after the fall of the Berlin wall to the unipolar world order.

Intervention in Syria has dramatically changed the balance of power. It has helped the Assad regime to get back in the saddle and forced the rebels to pull back. The moderate opposition has been pushed into the shadows because of the competition from the side of the jihadists and the loss of Turkish support after the rapprochement between Moscow and Ankara. “Vladimir Putin strategist-opportunist. He pointed to the West’s nose in the setbacks in Libya and Iraq with the following clear message: the Syrian issue is dealt with by Russia”, — said one French diplomat. At the military level operation in Syria was successful. Disorganized after the collapse of communism, the Russian army was able to regain the pride and strategic opportunities, as shown by the operations in the Crimea and Syria.

“The army feels more relaxed. Russia is now playing among the giants,” said former Deputy chief of staff of the NATO General Michel Yakovlev at a conference at the Sorbonne. In Syria, the army has allowed Vladimir Putin to win smaller price. Operation costs no more than the Kremlin carried out large-scale exercises, but brings much more in terms of influence. With the fall of the rebel stronghold in Aleppo Russia is trying to transform military successes into political through negotiations in Astana. Until recently, this role belonged to the UN, the US and the Europeans. Even if you don’t count the military operation in Syria, Russian diplomacy is the only one who can lead the dialogue with all players in the region, be it the Syrian regime, Turkey, Iran, Israel, the Kurds or Saudi Arabia… Russia took less than two years to become a strategic competitor of the West in the middle East.

The Kremlin exit strategy from Syria?

This is the main weakness of the Russian operations. The Kremlin is convinced of the need to support authoritarian regimes in the region to prevent chaos. However, the intervention did not bring neither stability nor security. It has not restored order. And expelled the “Islamic state” (banned in Russia as a terrorist organization — approx. ed). Yet Russian leadership is avoided in Syria of the same swamp, as in Afghanistan or Chechnya. The lessons of the past, apparently, were taken into account.

Anyway, to turn a military victory into a political success still does not work. The three Russia — Iran — Turkey the Kremlin is trying to impose a political settlement and to outline future arrangements in Syria, but the Russian world encounters the resistance of Iran, which plays a dominant role in the fighting on the ground, and also doubts of Turkey. This is not to mention the resistance of the rebels, who were in the minority, but boycotted the talks in Astana and still refuse to accept a future Syria with Bashar al-Assad. “Russia is a middling power like France, but she continues to behave like a great power like the US and China,” — said the Director of the French Institute of international studies Tom Gomar (Thomas Gomart).

Further, it may be very difficult. “Russia has made good progress in Syria, but it is unlikely to set the world. Even if she will be able to get all consent, it will not have funds to Finance the reconstruction of the country. To do this, would only Europe because of its experience of post-war settlement”, — said Director of the Russian Council on international Affairs Andrey Kortunov. All rests not only on the money issue. In Chechnya, the Kremlin found in the person of Ramzan Kadyrov, the dictator who was able to end the rebellion. However, the situation in Syria is more complicated than in the Caucasus, there are overlaps multiple vectors of influence, and Russians are familiar with it much worse.

Obama “reset” of relations was initially weak and uncertain, and the Russian interference in Ukraine has finally put a cross on it. Will there be the promised trump the warming of bilateral relations? Many have this doubt. “Great deals do not happen, something similar exists is that in the political imagination” — recalls the Deputy Director of the Foundation for strategic research Bruno Tertre (Bruno Tertrais). Apparently, Russia much to ask (removal of sanctions, acceptance of the annexation of Crimea, the softening of the Minsk agreements), but has little to offer in return. In the Syrian issue Moscow could offer to Donald Trump cooperation in the fight against terrorism in exchange for a free hand in establishing peace around Bashar al-Assad.

However, here the obstacle may be the Iranian issue. Strategic communication of Russia and Iran have evolved as the war in Syria. Washington sees Tehran as a source of support for international terrorism and destabilizing force in the region. How far will is willing to distance itself from Iran, Vladimir Putin, to please Donald Trump? “In addition, the United States needs Russia to maintain the image of a besieged fortress. If not enemy of the Kremlin to maintain that unity around Vladimir Putin?” — asks Andrey Kortunov. If after the election of a trump about it excitedly wrote all the Pro-government media, now his name is mentioned less and less. “Reset failed to start”, — said Konstantin von Eggert at the conference at the Sorbonne. In any case, cooperation between Russia and the United States in the middle East will depend on the policy of Donald trump in the region. And it is still surrounded by fog.

How are relations with Syria, Russia and NATO?

“Russia is using Syria to show NATO increased its military capabilities,” — says Tom Gomar. This is the main reason for the closure of the airspace in the Kaliningrad and Syria with the help of high-tech weapons, which is intended to keep the distance of Western and especially American power. “The main goal of Kremlin is to achieve everywhere the balance of power and influence, he continues. — He is trying to resolve the situation in Syria, and to use it and extract from it the maximum benefit”. Relations between Russia and NATO have not been so strained since the end of the cold war.

From the point of view of Moscow disputed issues are numerous: from the bombing of Kosovo in 1999 to the us missile defense and NATO expansion to the East of Europe. The annexation of Crimea and military intervention in Syria has been accompanied by a steady tightening of the Russian military doctrines from 2014: the Alliance regarded them as one of the main threats for the country. With the emergence of the colour revolutions with the military was lost, explains Michel Yakovlev. — The Alliance has done everything to try to improve relations with Russia. However, nothing came of it, because the thought of the humiliation not to manage. Vladimir Putin invented the tale that Russia was the victim of injustice at the hands of the evil West. NATO doesn’t know how to react to such a syndrome.”

Intervention in Syria will not only not lead to the withdrawal imposed over Ukraine sanctions, but did not allow to reduce the weight and influence of NATO in Eastern Europe and the former Soviet Union. Rather, the contrary. The US and the EU condemned the operation, while the Alliance invites Montenegro and strengthens positions of the Russian borders. “In the end, Vladimir Putin contributed to the fact that I fought against something: NATO began to rearm and become more attractive for other countries”, — emphasizes the expert Jean-Baptiste Vilmer Janzen (Jean-Baptiste Vilmer Jeangène).