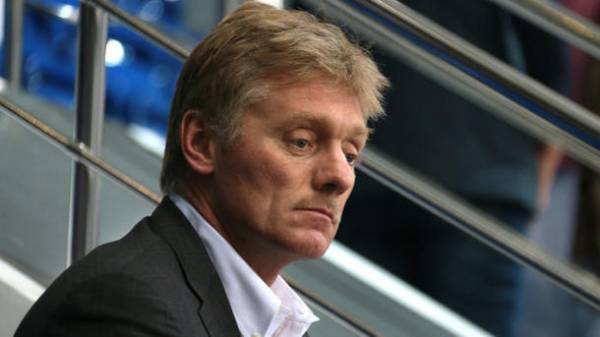 Russia is ready to restore relations with Kiev, as inter-state and economic relations with Ukraine important for Moscow. This was stated press Secretary of President Dmitry Peskov, reports RIA Novosti.

He noted that Ukraine is important for Russia in terms of intergovernmental, humanitarian and economic relations.

“There is no prejudice against the Ukrainians was not there and, I hope, will not” – said Peskov.

He also believes that once Ukraine will fall emotional intensity, between Kiev and Moskow can again improve relations.

The other day Peskov said that the Kremlin hopes that Ukraine will sooner or later agree to the Russian occupation of Crimea. He once again reminded about the so-called “referendum”, which was organized on the Peninsula after the entry of Russian troops there.