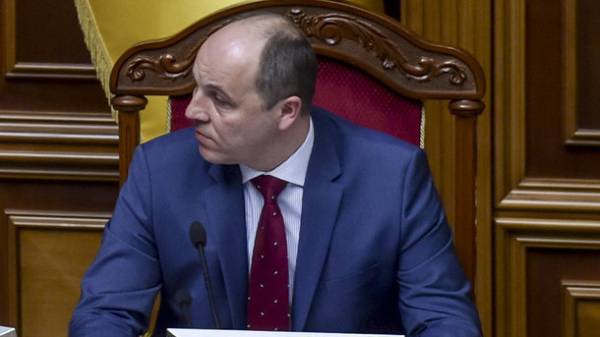 A bill to restore Ukrainian sovereignty over the temporarily occupied territories of Donetsk and Lugansk regions and change the format of the ATO proposed by the NSDC Secretary Oleksandr Turchynov, will allow the use of all military units without limitations of democratic procedures, the Chairman of the Verkhovna Rada Andrew Parubiy.

“This bill is intended to create a legal framework which would allow to use all power units without limitations of democratic procedures, for example, elections. The bill actually describes a compromise around which to unite opponents and opponents of martial law, when there are no restrictions of democratic procedures and at the same time legally allowed and regulated the use of all military units”, – he said in the program “Svoboda words” on ICTV channel on Monday evening.

Parubiy noted that the proposed concept also provides for the creation of a single operational headquarters, which must control not only all military and law enforcement units, security sector, and local civil-military administrations.

“And, of course, the recognition of the occupied territories occupied,” added the speaker.