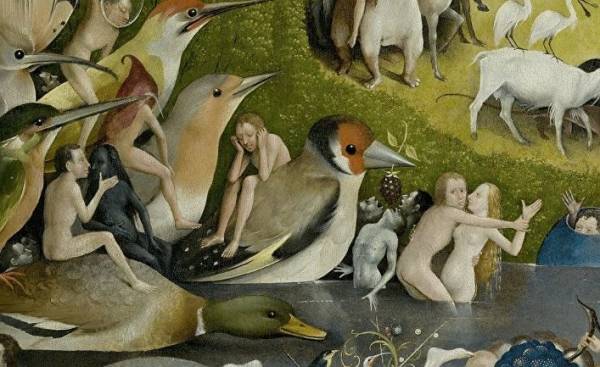 The challenge of the idea of the existence of multiple universes concept of an omniscient and omnipotent God, often is to clarify that we have adopted assumptions. If the number of universes is infinite, we no longer need to wonder why our universe formed the perfect conditions for life. However, some of the theories of multiple universes raise questions more difficult. The theory of parallel worlds, quantum physicist Hugh Everett III (Hugh Everett III) and modal realism cosmologist max Tegmark (Max Tegmark) suggest the existence of worlds, which would not be tolerated by good, intelligent God. These theories are very different from each other, but they all speak about the existence of worlds, full of horror and pain.

Of course, many thinkers have argued that in our own world too much pain and suffering, to be considered God’s creation. But just as many were not agree with this, giving a very thoughtful explanation of the reasons why God could create a world like ours. For example, the fact that without an understanding of the difficulties, dangers and mistakes there is no forgiveness, courage and determination. Most impressive human achievements require the existence of such obstacles.

However, many monstrous phenomena have no obvious benefits. And the theory of parallel worlds of Everett and modal realism Tegmark suggest the existence of a great many terrifying universes consisting entirely of misfortunes of this kind. Someone like me who continue to cling to the traditional idea of God as a loving Creator, will inevitably find something similar shocking and think about how evidence of these theories.

The idea that there are multiple worlds based on one of the problems of quantum mechanics. The Schrodinger equation, a fundamental law of quantum theory, describes the changing state of the particles. However, some of them predicted States are combined — “overlay” — at first glance, incongruous States, for example, dropping coins at the same time tails and eagle. One is left to wonder why we didn’t get to see the combination of incongruous States, limiting drop the coin, or tails, or an eagle. Some theorists believe that in addition to the schrödinger equation there are other factors. They introduce a process called “wave function collapse”, which leads to a certain outcome — the coin fall heads or tails.

However, in the 1950s, Everett proposed a bold alternative explanation. His theory is based not on the collapse, instead suggesting the simultaneous existence of all components of these “imposed” States are equally real, but separate from each other worlds. There are exact copies of the same universe, some of which the coin lands heads, and the other is tails. This applies to all physical States — are not only outcomes of a throw of a coin. There are universes in which you could catch a train and get to work on time, as well as universes in which you were late, and so on. These small differences create multiple overlapping universes that branched from a single initial state.

A classic kind of quantum theory suggests a small likelihood that in the future everything will go really bad. It also assumes that in any moment of our past, it could go much worse than it did out really. Since the theory of many worlds implies that all these probabilities have been implemented, it predicts the existence of branching universes in which everything went as bad as you can imagine.

For example, when a arbitrarily small probability of disaster, which would cause mankind to suffer, but would leave him crumbs of health, required for further breeding, there is also a branch of the probability tree, in which this unfortunate state of Affairs is a reality for one generation after another. This seems to be the conclusion about the existence of worlds in which the emergence of the human race leads to an incredible tragedy.

A devout adherent of the theory of Everett can hope that the Lord will cut the tree, leaving only those branches in which good triumphs over evil. However, as noted by Jason Turner (Jason Turner), philosopher of the University of Arizona, such a pruning would be denied the Schrodinger equation. If the Lord prevents the worst universes in the tree of worlds, the deterministic law can not accurately describe the development of multiple universe. Are not all predicted by their superimposed States, but only those that are considered acceptable to the Lord.

Even if the thesis of pruning is refuted, there is another reason to believe that the theory of multiple worlds does not contradict faith in God. Everett multiple universe represents only considerably advanced the carnal world, like our own, and know we that we are in such a plural world, it is not too different from the knowledge of the existence of many other inhabited planets, some of which embodies the worst features of our own and others best. Thus, even the worst parts of muratovski multiple universe is just extremely ugly version of the Earth. If the afterlife explains the purpose of our seemingly senseless suffering, he similarly explains the seemingly senseless suffering in the worst of muratovski worlds, should we assume that every soul from each branch will be dead.

The believer will also be calmer at the thought that the theory of multiple worlds is still far from universally accepted in the scientific community. Though she loved the Oxford philosophers, and common among a growing number of theoretical physicists, this theory remains highly controversial, and experts are still poring over the related fundamental problems.

Though muratovska the theory of multiple universes implies the existence of worlds that are difficult to reconcile with belief in a benevolent God, multiverse Tegmark includes the worst of all possible worlds. His theory, outlined in the book of 2014 “Our mathematical universe” (Our Mathematical Universe), is not based on quantum mechanics and modal realism — the doctrine, proposed by the philosopher David Lewis (David Lewis), according to which any path could go Genesis — every consistent, coherent version of the history of the universe — as real as our own universe.

Most philosophers talk about possible worlds as abstractions such as numbers that are outside of time and space as if they are fundamentally different from the present world, the flesh, and is woven from good old matter. Tegmark accepts that possible worlds are abstractions like numbers. However, he denies that this makes them less real than the physical world. He believes our universe, based on their mathematical structure. Every physicist would agree that there is some set of mathematical entities, the relation between which exactly reflects the distribution of fields and particles that constitute the physical world. But, Tegmark believes that our universe is identical to this mathematical entity.

Among these possible methods of distribution of matter will inevitably come across those that lead to the emergence of cruel universes, full of meaningless suffering — universes, similar to the worst muratovska branches of the tree of the worlds, and an infinite number of equally frightening realities. However, will exist also worlds and terrible. In contrast to the worlds of Everett, fruits physical theory, Tegmark worlds are born from the slightest probability that he defines using a mathematical sequence.

If you believe Tegmark, any story about a living creature which can be expressed through a mathematical model based on physical facts, is in reality. This means that even if some of the worlds Tegmark exist long enough to allow an afterlife for its inhabitants, the existence of mathematical structures of various shapes and sizes implies the existence of small worlds, too. Consequently, infinitely many of these worlds did not last long enough for their inhabitants could attain life after death.

Thus, the challenge of the believer theory of multiple universes of Everett, pales in comparison with the theory Tegmark. The Everett theory does not imply the omission of the Lord in the face of human suffering, exactly as it does not imply that the Lord will reward the martyrs of the coffin. It only implies the existence of worst lives than our own, whereas Tegmark theory presupposes the existence of worlds which are not just suffer, but die completely devoid of post-mortem existence.

What’s worse, that horrific worlds are the fruit of pure mathematics, does their existence is mandatory, which means that the Lord is powerless to change them! The implications of this offensive to pious ears: our good God who loves his creations, but forced to watch an unquenchable suffering of the characters and the world — the deity exclusively tragic.

However, the believer remains reason for hope.

In contrast to the many-worlds theory of Everett based on the experimental theories of physics that are difficult to be discounted, the theory Tegmark rests on a delicate philosophical assumptions. Take, for example, his claim that the physical world is a purely mathematical structure; why should we agree? Physicists often use mathematical structures as models for possible working of the physical world, but they do not equate mathematical models with the world. The reason why it decided to do, Tegmark — his conviction that physics should be cleared of anything other than mathematical formulations. Other concepts in addition to mathematics he called “humanistic aid”, which should eliminate in order to achieve objectivity. But why is it that mathematical formulations — the only way to describe things objectively, as they are in themselves? As far as I can tell, he does not substantiate this assumption. A theory based on such contrary to our intuition thesis, enough to undermine faith in the merciful Lord.

Apart from the challenge posed by the existence of the monstrous worlds in multiple universes of Everett and Tegmark, the idea that we live in a multiverse does not necessarily contradict belief in God. Every believer should seriously consider the probability of the existence of other universes, at least on the grounds that God might wish to do more good. Indeed, from an infinitely intelligent, creative and powerful Beings of creation should be in the scale of worlds — a bustling effect, minimalist or full of intelligent life like our own. Theories of physicists such as Alan Guth (Alan Guth) or Andrei Linde (Andrei Linde), whose multivalence represent the infinitely expanding space, generating a child universe, and Paul Steinhardt (Paul Steinhardt) and Neil Turok (Neil Turok), multivalency which are infinite cyclic universes, speckled with big explosions and large grips — it is combined with a religious worldview.

It may be that our world is one of many universes that God deemed worthy of creation. And thanks for the thought about the existence of a multiverse, consisting of broken time-space universes, it is easier to believe that our world — our universe — is part of a much bigger, in which the good outweighs the evil, which was created by an absolutely good deity.