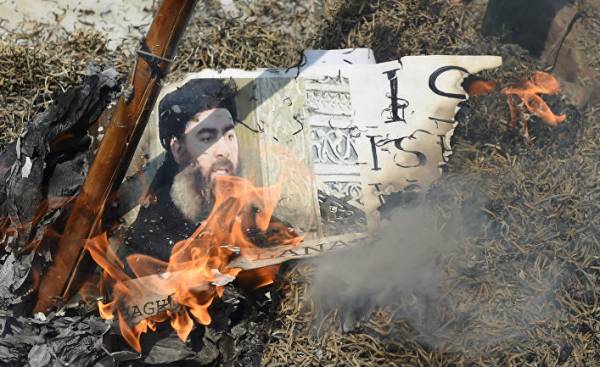 As soon as the information about the death of the leader of ISIS (a terrorist organization banned in Russia — approx. ed) receives a new confirmation, the question of his successor is also becoming more serious…

When it became clear that reports of the death of the leader of the Islamic state group, Abu Bakr al-Baghdadi have grounds, has been widely discussed in other news: for the post of successor to al-Baghdadi claimed two of his assistants. They are both past officers of the armed forces of the deposed government of Saddam Hussein. And soon one of them will likely be designated as the “official” successor of the leader of the group ISIS.

After Russian officials for the first time confirmed that information about the death of the head of the Islamic state group near the Syrian city of raqqa “not without reason”, almost immediately began to communicate the names of both his likely successors: this is Iyad al-Obaidi and Ayad al-Jumaili, both former officers in the army of ousted dictator Saddam Hussein.

The Minister of foreign Affairs of Russia Sergey Lavrov has recently stated that al-Baghdadi was killed in air strikes, which caused the Russian planes VC in the vicinity of Raqqa. Al-Obaidi, which is currently about 50 years, holds the title of Minister of war in the breakaway government of the IG. And al-Jumaili, which is currently about 40 years old, also is the “official” post in the management structure of the self-proclaimed Caliphate — his areas of expertise include the so-called “security” of the IG.

Both of these persons became key figures in the office of the self-proclaimed ISIS, effectively becoming the right and left hand of Abu Bakr Baghdadi, after last year in an air RAID had killed the former “defense Minister” of the IG Abu Omar Al-Shishani and “propaganda Minister” Abu Muhammad al-Adnani.

However, taking into consideration the fact that the two mentioned persons in the past were in the civil service in a “secular” government of Saddam Hussein and not had a religious dignity, their as possible successors of the deceased leader of ISIS will surely recognize not all.

Recall that al-Baghdadi in 2014 declared himself “Caliph” of the radical terrorist group.

What is at the moment, especially the combat situation in Iraq?

According to the latest estimates, the so-called “Forces of the Islamic resistance al-Nujaba”, which are considered as belonging to the group called “Iraqi national mobilization” (the forces of popular mobilization to Iraq — approx. TRANS.), currently developing the offensive and conducted a sweep of the areas along the border with the Syrian Arab Republic. The same subdivisions of the “Islamic resistance Forces”, which are on Syrian territory, and began their advance towards the Iraqi border and are ready to clear the militants as the area within the borders of Iraq and within Syria. At the moment the detachments of this group come to the side of the Syrian town of Abu-Kemal.

According to statements of the commander of grouping “the forces of popular mobilization”, land forces, subordinate to the American command, is now also strengthening in the areas adjacent to the province of al-Anbar and South of the city of al-Rutba. According to him, American forces were advancing on the southern outskirts of al-Rutba from the base ain al-Assad, in al-Anbar province.

As for the major Iraqi city of Mosul, and there are currently ongoing battles for the liberation of blocks from residual militant groups and armed extremists. Two suicide bombers from the Islamic state group managed to produce a suicide bombing in the market in one of the Eastern neighborhoods of Mosul. The blast killed eight civilians and wounded 20.

Along with this, it became known that the group announced that soon will spread the message about the “condition” and the whereabouts of Abu Bakr al-Baghdadi. However, there is no new information from persons close to the head of IG, have been reported. 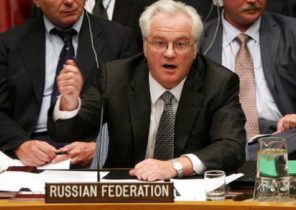