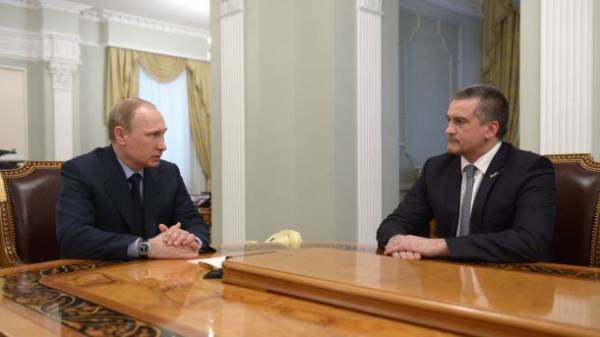 The self-proclaimed “head” of the occupied Crimea Sergey Aksenov said that Russia should introduce a monarchy, and its President needs to get more rights, until the dictatorship. He said this on air of the channel “First Crimean”, reports the edition “GORDON”.

He criticized Western democracy and calls for the monarchy in Russia.

“We kind of democracy in the form in which it is presented by the Western media, is not needed. We have our traditional Orthodox spiritual values… Today, in my opinion, Russia needs a monarchy. I don’t mean democracy as it is understood by normal people, as permissiveness, as many interpret the mode of democracy,” – said Aksenov.

Also, in his opinion, Russian President Vladimir Putin needs to give the right to dictatorship.

“Because while there is an external enemy, in my view, the necessary unity of command. Today the President should have more rights, until, sorry, dictatorship,” he added.

Earlier, former intelligence officer of the KGB and Putin’s classmate in the Institute of the KGB Yuri Shvets told that Vladimir Putin and his actions has a greater effect on Russia than the main intelligence Directorate of the world.