“The law of Caesar” opened my eyes to the existence of three or even four “of the Syrian States” that have their own maps, governments, armies, symbols, flags, institutions, and state hymns, and, finally, different currencies, while the dreamers, in particular members of the Syrian Diaspora have not updated the data about the suffering of the inhabitants of the Syrian “state” and waiting for news from Damascus about the fall of the tyrant.

The Syrians always well aware that a difficult period arising from the exceptional and extraordinary circumstances, is finished, but the end, which they have determined is the fall of the Assad regime and his final departure from Syria. For this goal, the Syrians were ready to suffer anything from death to arrest and immigration, but on their way they met many obstacles.

For the past 10 years circumstances prevented the desire of the Syrians to escape from pain and suffering, but this period was enough to ensure that they are deeply rooted in their reality, just as the bad memories were carved on their bodies, souls and minds, and thousands of tons of weapons was enough to create new tunnels and cards in Syria. However, we should not forget about the struggle with geopolitical projects in which the Syrians are somehow involved as tools, weapons and victims. They have mastered the geopolitical game to such an extent that they, as seasonal workers, had to work on projects that were outside their yards.

Whether the right to be surprised those who followed closely the events in Syria, throughout all these terrible years, the fact that the current Syrian map and a new “state” was built on the ruins of Syria, Assad? From the first day of the war, when the clan of al-Assad resorted to force, the unity of Syria has evaporated. And the subsequent measures taken by the Assad regime, in particular the hiring of foreign militias, including militia from Iran and Russia, and then all Syrian assets in the use of Russia and Iran for a long time, has pushed Syria to the division and fragmentation. In ancient and modern history of the use of brute force to solve political problems has always led to the fragmentation of the state. Incidentally, the latter a good example is Yugoslavia.

It should be noted that the Assad regime has resorted to brute force in order to prepare a plan for establishing their own state on the Syrian coast. This is not an assumption but rather a confirmed reality. As for why the Syrian regime fought on several fronts and did not immediately resorted to this option, he did it to reduce possible losses. Recall that the Assad regime has destroyed Syrian city, which led to numerous victims among the civilian population during the decade of hostilities. Thus, the destruction of each stone, which it has, and the murder of everyone who supports it in Syria, will contribute to consolidating security and stability of the next regime.

Moreover, all the structures encountered during the destructive policies of the Syrian regime, was created out of necessity. The original goal was that the civic and other groups had to protect the country from a full-scale war imposed by brute force Assad and his allies, and then they were forced to organize their activities. These groups were in need of appropriate structures for the management of their own Affairs, especially to resolve internal conflicts. Thus, the main purpose — protection from the Assad regime — has led to the establishment of internal and external borders and to the creation of “quasi-States” that have begun to take root in the Syrian reality.

This is all over, especially after the Assad regime turned into the occupier in areas where it has regained its control. He remained external player and representative of the “imagined” States of the Sahel, which although does not exist geographically, it fits in the reality of the occupying Assad regime, and civil societies over which it regained control. Of course, the Assad regime fought for the restoration of his power, but he did not seek to unite Syria, as the country was involved in the geopolitical projects of Iran and Russia, which wanted to strengthen its regional and international position. Recall that they sought to take control of strategic areas on the border of Syria and the Golan, Jordan, Turkey and Iraq, or areas that have economic importance, such as the Eastern shore of the Euphrates river. By the way, Russia seeks to control these areas because of the oil and agricultural resources, and Iran hopes to break through to the Mediterranean sea.

The formation of new borders ended? It is difficult to say with certainty that the process of fragmentation in Syria ended. This separation was made possible because of the continuing conflict in all of the Syrian “state”, the chief of which is the Assad regime. Note that the “law of Caesar” will bring lots of troubles to the Syrian regime and forced him to look for other options to get out of the impasse, which he got from America. In addition, projects “Big Jordan” and “Big Lebanon” and possibly “greater Iraq” are still in the boxes. These projects can adopt the same turnover as in Syria, that is, first there is a need to build certain structures, then they will become a reality that is difficult to change.

The strange thing is that there is no chance that Assad will leave and thus stop the collapse of Syria. The country is tired to wait for this day, but she must obey reality, which, unfortunately, at odds with expectations and hopes. 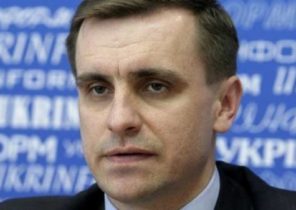