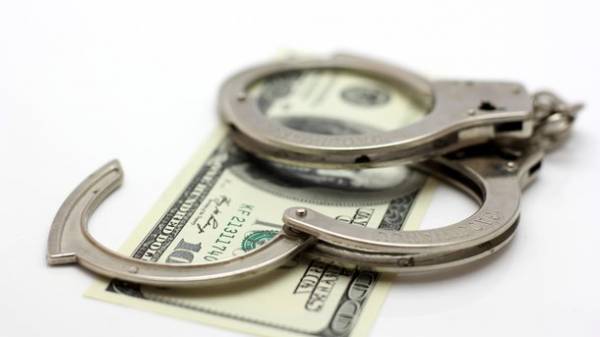 Since the beginning of 2014 under pressure from the public and international organizations, Ukraine has committed itself to the fight against corruption. To this end, in the law enforcement system was created several new bodies. The most important of them — the National anti-corruption Bureau (NAB), Specialized anti-corruption Prosecutor’s office (ARS) and the National Agency of corruption prevention (NACP). Delo.UA decided to find out which body is responsible for what in the fight against corruption.

NABOO is the first body established to fight corruption. The national Bureau was established by the President of Ukraine on 16 April 2015. On the same day the Director of the Bureau became Sytnyk.

The Bureau was software item of the coalition agreement of the parliamentary majority and the requirement of the International monetary Fund. Similar structures exist in the USA, Poland, France, Singapore, Israel, and India.

According to the law, detectives of the National anti-corruption Bureau carried out pre-trial investigation of crimes, if the amount of the bribe exceeds 500 minimum wages. Today it is 1.6 million UAH.

The Agency consists of the Central and seven regional directorates which are legal entities of public law. The maximum number of NABU — 700 people, including no more than 200 people officers.

Control over the activities of National Bureau is carried out by the Verkhovna Rada Committee on combating organized crime and corruption.

The national Agency for prevention of corruption

NACP has a warning function of verification of declarations of public servants and their way of life the disclosure of any information about corruption or abuse of position.

Unlike the NABOO, the main goal of the NACP are not only top officials but also all the officials of Ukraine. According to the law, they need to fix the Declaration any property which cost exceeds 100 minimum wages (UAH 320 thousand). In this list you can find clothing, jewelry, objects of art.

NACP also checks and finances of political parties. According to the law, every year they are required to provide a report to the Agency.

The establishment of the National Agency envisaged by the Law of Ukraine “On prevention of corruption”, adopted October 14, 2014. The law was put into effect from 26 April 2015. March 28, 2016 NACP is headed by Natalia Korchak.

The launch of the anti-corruption Agency is one of the requirements of the European Union on visa-free regime with Ukraine. NACP is responsible to the Parliament and is accountable to the Cabinet of Ministers of Ukraine.

Currently, the Agency consists of 4 members, although the law provides for 5. The state anti-corruption body is 311 people.

The head of the Specialized anti-corruption Prosecutor’s office is subordinated directly to the Prosecutor General of Ukraine, as his Deputy.

As usual, the Prosecutor’s office, SAP supports the state prosecution in the courts. However, this applies only to the corruption of the NABOO. The law also imposes on SAP supervision over observance of laws when carrying out operational-search activities detectives NABOO.

As in the case of NACP, the establishment of the SAP is closely linked to the prospects for visa liberalization between Ukraine and the European Union.

The creation of anti-corruption courts envisaged by the law of Ukraine “On judicial system and status of judges”, which was adopted on 2 June 2016. According to article 17 of the law, to review certain categories of cases in the judiciary act of Supreme specialized courts. The law distinguishes two types of such vessels: Higher anti-corruption court and the Supreme court on issues of intellectual property.

The head of Transparency International Ukraine Yaroslav Yurchyshyn believes that the beginning of 2018 is the optimal time to start anti-corruption courts.

“Although judicial reform is planned for 5-7 years, we do not have such time to spare, because three years do not have adequate trials of defendants in the sanctions list of Yanukovych. Every year we lose the realism of bringing these individuals to justice,” he said.

At the same time, the head of SAP Holodnitsky hoped that these courts will earn at the end of 2017.

National Agency of Ukraine concerning the identification, investigation and management of assets derived from corruption and other crimes

In February 2016 the Cabinet of Ministers adopted a decree on establishment of Agency for asset tracing. This is one of the main criteria for the implementation of Ukraine action Plan on visa liberalization with the EU.

National Agency for the tracing of assets is not a classic on anti-corruption, as is mostly the confiscated funds of the regime of Yanukovych.

28 November 2016, the Agency for asset tracing has headed Anton Yanchuk.

According to the law, the National Agency accountable to the Parliament, controlled by and responsible to the Cabinet of Ministers of Ukraine.

The relevant law was passed in November 2015. According to the law, the Agency manages corporate rights and other property has been seized, with the aim of preserving its value is subject to further forfeiture.

At the same time to complete the work the Agency must take the act specefication, which will determine the legal mechanism of seizure. However, despite all the efforts of the Ministry of justice, Verkhovna Rada refused to put the bill on specifikacia in the agenda.

The law on the National police stipulates that the police is also involved in the fight against corruption. COP goes to the front at the household level, when the amount of bribes does not exceed 1.6 million.

In addition, the law provides for restrictions on the admission to service of persons who have been convicted for corruption.

18 Jan 2017 to combat police corruption was created a special Commission to assess corruption risks and monitoring compliance with anti-corruption program of the National police of Ukraine. It was headed by one of the candidates for the position of head of the national police Konstantin Bushuev.

The Security Service Of Ukraine

SBU is the oldest institution of Ukraine in the fight against corruption. Department “K”, which was responsible for this area, was established on 13 January 1992.

However, a disadvantage of the SBU is a very broad specialization of the Department. In addition to corruption, the Department “K” smuggling and international drug trafficking, transnational organized crime, human trafficking and illegal migration.

In June 2015, then head of the SBU Valentin Nalyvaychenko sacked the heads of the Main Directorate for combating corruption and organized crime SBU.

From July 2016, the Department “K” is headed by Paul Demchina.