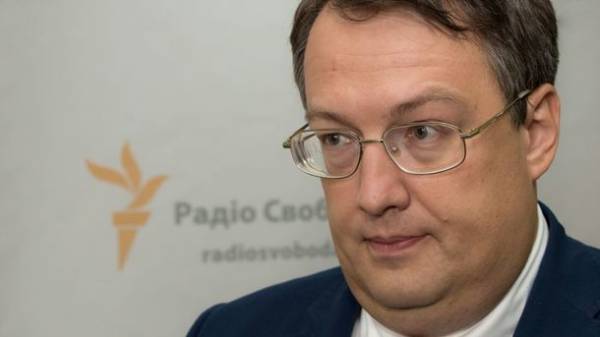 Ukraine has paid too high a price for a visa-free regime with the European Union that Europe had to evaluate properly. This was stated on air of TV channel “112 Ukraine” people’s Deputy Anton Gerashchenko.

According to him, Ukraine suffered huge losses in the battle with Russia for its European choice.

“Visa-free regime – it is certainly good for Ukraine. Only the issue price of the issue. We paid a very high price for this visa-free regime for our European choice. Therefore, we should not assume that it is a handout from Europe. This action, which Europe had to do to show their choice in favor of our country, which has incurred huge costs of blood on the battlefield with Russia for our European choice,” – said Gerashchenko.

Now, the MP said, the government should make sure that the Ukrainians in Europe wanted to return home.

“The task of our government to create the conditions for those Ukrainians who are currently working in Europe who have trained in new professions, skills management, it was beneficial to return to our country, to apply their European knowledge in order to build a new prosperous Ukraine,” – said Gerashchenko.

We will remind, yesterday, on March 9, members of the European Parliament Committee on civil liberties, justice and home Affairs supported the draft resolution for granting Ukraine a visa-free regime.

Now, after the approval of the Committee, the document sent to the European Parliament vote, which should take place on 5 April. If the EP will support the document, then it will be submitted for adoption by the Council of the EU.