About 85 thousand people take part in anti-government rally in the center of Bucharest, the demands of the demonstrators remains the same – the resignation of the government and cancellation of decisions on pardon and on amendments to the criminal law. About it reports UKRINFORM.

“We are tired of thieves, a country needs not to manage government regulations for clemency. We will not give up protests until you restore the rule of law”, – said the initiators of the protests, members of the organization “Corruption kills”.

Protests held in all major cities of Romania.

On the support of the Romanian demonstrators have declared in Bulgaria and Moldova, where similar actions of solidarity.

We will remind, on January 29 in Bucharest, about 50 thousand people came out to protest against the government’s decisions on Amnesty and amendments to the criminal law.

On 1 February, the government of Romania late in the evening has made changes to the penal code and decriminalized malfeasance. The changes provide that criminal proceedings will not be open against officials who have caused damage to the state is less than 200 thousand lei (47 $ 800).

The national anti-corruption office stated that changes such as the fight against corruption will have no value.

Romanian President Klaus Iohannis said during the EU summit, which takes place in Malta, that “all EU leaders seriously concerned about what is happening in the country events.” 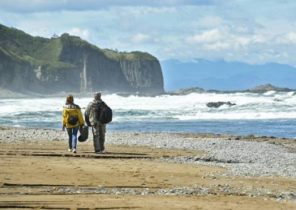