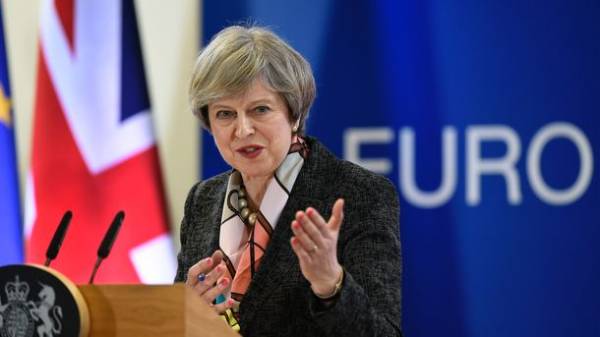 Prime Minister Theresa may said London and the European Union is ready to start negotiations on Brexit, the Correspondent reports with reference to Reuters.

“Our European partners have given us clearly to understand that they want to start negotiations, and I want the same. It’s time to leave the EU”, − she said.

The British government also said it will launch talks in late March.

We will note, earlier the House of lords of the British Parliament approved the second amendment to the bill on the launch of the Brexit, which introduces the vote of the Parliament for approval or rejection of the final version of the country’s withdrawal from the EU.

Recall that the House of lords stalled the bill on a Brexit amendment guarantees of the rights of Europeans living in the UK, and later demanded that the government agreed with the Parliament final agreement on the exit from the EU.