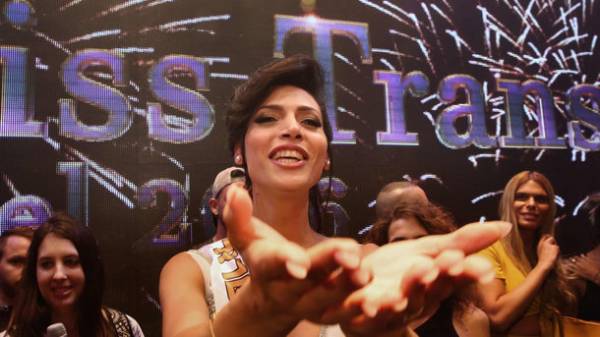 The Ministry of health proposes to allow people with mental illness, transsexuals and transgenders to adopt children, and in the contract between doctor and patient wish to make a designation for the third floor. The draft resolutions, the Ministry issued a public discussion and they have already caused serious disputes. “Today” figured out what caused these ideas, you are ready to them the Ukrainians and whether they approve.

ADOPTION. First of all, the MOH wants to change the regulation 2008 and removed from 18 of the diseases that you cannot get custody of children. It’s HIV, epilepsy, schizophrenia and other mental disorders. Also such a right, according to officials, should appear in the transsexual and transgender (people whose gender differs from social to biological).

“Our old list is discriminatory and does not meet international standards — the UN Convention on the rights of persons with disabilities Convention on the protection of human rights and fundamental freedoms”, — is spoken in the explanatory note of the decision.

Doctors in new requirements of adoption do not see anything terrible, but I think that Ukrainians do not perceive. “Adoption can have a right except for people with a profound degree of dementia. Actually the problem is not the diagnosis, and in the human condition: there were cases when people suffered an attack of schizophrenia, was treated and is now in good condition. And the possibility of adoption for transgender people can be provided only after the legalization of marriage for sexual minorities. But society today is not ready for this,” says the psychiatrist Semyon Gluzman.

BP explained that the approval, adoption does not need the vote of the deputies of the decision of the Ministry of health. “But for this solution too early. If we talk about people with a different sexual behaviour, some of the adopted child can become a model for inheritance and imitation”, — said the people’s Deputy from “popular front” Pavel Unguryan, who initiated collecting signatures against the initiative of the Ministry of health.

A THIRD GENDER. Another unusual for Ukraine, the idea concerns the introduction of a new floor in the contracts with the doctors. Recall that in the framework of the medical reform until June, the Ukrainians have to sign a contract with the therapist. In the draft agreement proposed to specify three types of gender: masculine gender, feminine gender and “N”. This caused outrage, especially in churches.

“This is contrary to family and moral values, who defends the Ukrainian people”, — said the activist of public organization “Christian Ukraine” Valery Casus. Ungureanu added that to implement the idea you need to make changes to the Constitution: “There are only two genders — male and female. If it’s not in the legislation, as it may be in the bylaws?”.

However, the human rights of the LGBT community Zoryan KIS said that such a rule is needed. “They’re medical records, and the doctor is very important to know if the person is, for example, at the stage of sex change. This very much depends on the treatment. This rule meets the who standards that have been adopted by Ukraine in the early 1990s,” he concluded.

THE CHANCES ARE AND EUROPE. The political scientist Ruslan Bortnik believes that innovations can be motivated by the attempt of rapprochement with Europe. “But not all EU countries have such rights. In particular, in Poland and Hungary. Therefore, an attempt to run ahead of the locomotive may sadly end. In principle, such a practice is valid if the MH will administered control for improper upbringing of children”, — said the expert. He adds that the Ministry could approve the decision itself, but in order to rule is fully earned, we need regulations that takes BP. And according to Bortnik, this issue will cause conflicts and the chances of its adoption is now low.

Other ideas, which caused heated debates in society — the introduction of language inspectors and chemical castration for pedophiles.

We will remind, in the beginning of the year there was a scandal because of the bill, proposes to introduce the Ukrainian language as a mandatory for nearly everything, including theatre, media and service in shops and cafes. The violation was equivalent to attempting to overthrow the constitutional order, which put prison terms. Opponents spoke of language discrimination. The project was postponed.

Now BP registered a bill that proposes compulsory hospitalization of persons guilty of pedophilia, and the castration. The bill is before the Committee. Opponents say that in the court system, possible errors, and needless medical intervention resembles a medieval cut off the hands of thieves. 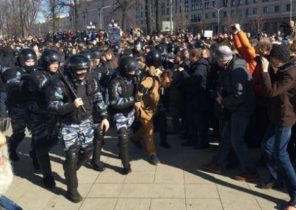