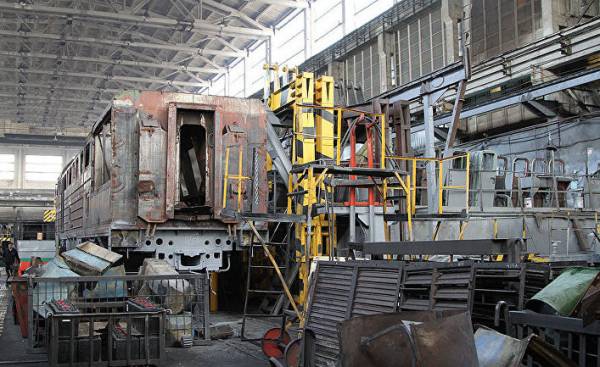 Analyzing the economic prospects of Latvia in the future, first of all, it is worth noting that the economy gradually warmed. If the world does not happen something extraordinary, something that was impossible to foresee the future years for the economy will be successful.

At the moment a decisive influence on the change in GDP provided by two sectors — industry and trade. It is the largest industry, and the pace of growth exceeds the average growth of the economy. In both cases, the large role played by exports, which is three quarters of industrial output. Trade the fastest growing wholesale trade. And this happens due to the export of services.

The development of the industry in many respects — a merit of Metalworking and engineering. The main risk factor is the transport sector. Certainly, domestic demand for transport services in Latvia will grow in pace with overall development, but the future export of these services is highly uncertain.

Growth in other areas. Absolutely — in construction. Quite possibly, the growth of the industry will achieve double-digit mark not only this year but for at least another couple of years. Will be available funds of EU funds. After two or three years to thoroughly “warm up” the housing market, then will begin the construction of Rail Baltica, in which about half of all expenditures will be in the territory of Latvia.

In the field of services export in Latvia continue to develop business services for export is rapidly increasing IT. Hotels and restaurants in the past year has been the most growing sector. This year she will also remain among the leaders. The industry invested heavily, they will certainly give the result. There are several industries, such as agriculture and forestry, which, so to speak, will have many opportunities to “turn around”. Their growth rates will undoubtedly slow down.

This year is clearly different from the previous direction of change in investment. Last year saw a deep recession, this year there is a sharp rise. Since the late 1990s, the investment-to-GDP in Latvia, not counting the 2010 and 2016 was higher than the EU average. This year we will likely go back to normal.

That will encourage investment? The EU funds is only one factor. Last summer, public expenditure on investments of a few months in annual terms, fell by as much as 50%. Now we have rather the opposite situation. The results of surveys of industrial enterprises show a high level of capacity utilization.

Also polls indicate a growing volume of local and export orders and competitiveness. In the future will increase the number of jobs. Even last year, when talk about “cooling” of the economy, the total number of filled jobs at the end of the year was almost 1% higher than a year earlier. If you only look at the private sector, which more naturally displays market trends (public sector, of course, inherent high inertia), in Riga and the district in the past year, the number of jobs increased by about 2%. About the stagnation is, of course, is not evidence.

As this year’s growth is accelerating is likely to improve the profitability of enterprises. But then in the fight for a limited number of employees in Latvia profitability suffer again. We have seen in previous years in Estonia, when there was a pretty good development, but due to the sharp growth of wages on the part of enterprises decreased profit. The number of employees in the Latvian economy will not dramatically increase. Very large impact of negative events in the past — emigration and low fertility. So, businesses will not be easy.

Different factors of development in the “Big Riga” and the rest of Latvia. In Riga it is mainly the export of services. Industry in Riga is approximately one-tenth, even a little less. In Kurzeme, Zemgale and Vidzeme the share of industry in the structure of the economy twice. The traffic then increased, then decreased, but for other items of export of services was observed a very strong, long-term development. Since 2000, this figure rose to about 15 times, reaching nearly 3 billion euros. Exports of services are not specific to transit, dominates Riga (80-90% of total or more).

Outside Riga remains the leading sector of industry. If you do not consider agriculture and forestry, these regions are not major export products, which would increase revenues by becoming more competitive. Agriculture and forestry, of course, will be to develop, but there growth rate is relatively limited. In the industry the possibilities are very large — there are possible dynamic. Fastest will be to develop Metalworking, machinery and electronics.

The industry related to local consumption, while grow quite gradually. Huge optimism here. It is hoped that by reducing unemployment and accelerating wage growth mood becomes sunnier. People’s thinking, behaviour and attitude to money has changed dramatically. Previously wanted to spend, but now about half of every earned Euro households set aside. Previously, for Latvian people it was not typical. Now the situation has changed. Memories of the crisis, talking about the future of the pension system, concerns about the availability of medicine and other factors contribute to the increase of deposits.

The above set of events and circumstances in the 1st quarter of this year helped to return to “normal” for Latvia the growth rate of the economy, ie 4%. So it was at a time when GDP growth did not influence any particular positive or negative factors — the impact of the weakness of the Russian market almost came to naught, the cycle of EU funds in the macro data is almost not visible. So, in the coming years, cyclical factors will be favorable, and possible more rapid growth.