The market value of the American company Tesla Elon musk grew at an average of $14 billion a day for five consecutive days and set a new record for growth. On 6 July, reported Bloomberg.

Provided that the current market capitalization of Tesla is $254,2 billion, It grew in five days in an amount equal to the aggregate value of the securities from the three major us automakers — General Motors, Ford Motor and Fiat Chrysler are called the big three of Detroit (Detroit Three) due to the location of the headquarters.

Tesla announced on 2 July that in the second quarter set 90 650 cars, although analysts predicted supplies at 83 million units. Positively affect the price of stock high rate of recovery of the company after the crisis, experts say. The performance of many other automotive companies, meanwhile, are reduced due to the pandemic.

Tesla has bypassed on capitalisation almost all 500 companies represented in the stock index S&P 500. At the time of publication shares of electric car cost $1371 per share.

We will remind, last week the personal fortune of the founder of Tesla Elon musk increased by $5.2 billion to $46.3 billion

It also became known that Tesla plans to open a new plant in the United States and attract more than $1 billion in the construction of the plant in Travis County, Texas, plan to start this summer. This will be the second Tesla factory in the U.S. Fremont, California. 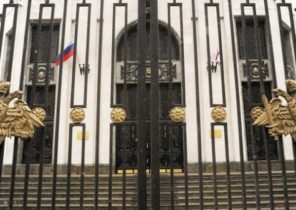