WirtschaftsWoche: Mr. Stiglitz, as far as the German economy need to be afraid of trump with his policy directed against free trade?

Joseph Stiglitz: what trump says, you can not call the idea, is provable in any real experience. So don’t take his words too seriously. The problem, however, is that he seems to believe in what he says.

— The impression is that trump is pretty confident and is going to pay either the whole globalization in reverse.

— It is necessary to look not so much on what he says and how he says it. Trump the businessman. When he accepted the case, it is impossible to tell what he’s saying absolutely the right thing in the first place, it is necessary to pay attention to the tone of his statements. Although this does not necessarily mean that this will be followed by something bad in its content. First, he checks the situation and watch how the opposite side allow the pressure and whether with her about something to negotiate.

Well, if we leave out his sharp tone, the trump indicates that it is the right thing: free trade — the street is one-way and two-way. In the ideal case, the movement in both directions should have the same intensity.

— I was much more concerned about how he is going to promote its policy: we, Western countries, 60 years to build the international order. Perhaps this order is not perfect, but it is stable and predictable. Trump, it seems, puts in the forefront the short-term success and is ready at once to abandon the achievements of the last 60 years. In this regard, the question arises: what will the Republicans? Almost all Western institutions has emerged, in particular, under their strong influence. Whether there will be a majority of Republicans in Congress true to these values or opportunistic flop to the side of the tramp?

But the trump in its skepticism towards international cooperation and trade is based, it seems that the majority of the population. And the Republicans will have to consider the opinions of their constituents.

— His attitude to the agreement on mutual trade, of course, debatable. It’s just bigotry to say that the US is the loser in this trade. Ask for a minute developing countries, for example Mexico, how much is the export to them of American agricultural products.

But many workers in the West see the situation the same way.

— When trump says that the North American trade agreement Nafta is the worst in history, I have a question: whose economy has grown better since its conclusion — the US or Mexico? Look at the current state of Mexico — and thus her prior to the entry into force of the agreement the Nafta has not had to pay 35% customs duty for import of their products to the American market. On the contrary: then the customs duties were on average low, icicles single digits.

What he says is simply not true.

— What could force him to abandon this course?

— It is very important that Germany showed character and strength in the relationship with trump. The Germans should say, “We support the current international order and believe in free trade, prescribed in the relevant international treaties”.

Threats is one thing. But the threats have yet to realize. How can it be done?

— There are various options. You can isolate the United States. But, first and foremost, it is necessary to appeal to the court of arbitration of the world trade organization (WTO). And Germany should do it as soon as trump will take the first step, contrary to the WTO rules. Who, if not Germany, is obliged to do this? The Germans know from experience what can happen when someone unilaterally out of multilateral agreements relevant to international law. It was the beginning of both the First and Second world war.

— Germany and Europe, it seems, are not in the best form in order to confront Trump. The immigration crisis, the Euro crisis, the strengthening of the right populist sentiments — all this has weakened the Europeans, in connection with which the tramp does not take them seriously.

— They are, however, strong enough. If they do not, then international law in its current form, and thereby the entire West will collapse. After all, the only meaning of international law is to be able, if necessary, to prosecute the great powers. And the small countries and so follow big.

— If trump, as you say, merchant, that he had something to offer to change your course.

International trade law offers enough space to trump took something to get closer to their goals.

— Could be part of the deal that countries like Germany or China, who rely on the export of its products and, therefore, have with many countries huge trade surpluses, will seek new business models?

— Of course, countries such as China and Germany rely on exports and their trade balance is not really balanced. It should not be surprising that some countries have expressed their political protest against it. Whether it’s the US which have a trade deficit as with China and with Germany, or countries of southern Europe.

— Should German political circles to be ready for this discussion, not to give Trump a new arguments?

— Still southern Europe was not strong enough to force Germany to pursue an economic policy in the interests of the entire Euro-space. Trump can afford that would have pleased many southern Europeans. The only problem is that if trump succeeds, it will not help the democratic forces in southern Europe — but only those movements which support trump.

— How dangerous for the world economy, the spread of “tempismo” to other countries?

— If Trump will be able to achieve success, even if it is symbolic, in the first phase of its term of office, his style of doing politics will spread in developed countries of the West like a plague. The political ideas of moving abroad, when they recruited a critical mass of supporters. So it was in the middle of 1990-ies during the so-called third wave of social democracy. The same can now happen with the “false populism” of trump. At least until his supporters rightly point to the problems of the economic system that simply cannot be denied.

— For example, growing inequality in all Western countries. The devastating effect of Euro-politics. Or the lack of political will for ensuring the digitization. In these aspects of capitalism are still with no success.

— Can the trump to give long-term answers to these problems?

— In the long run his plans are unrealizable. But short-term he could achieve symbolic successes. The only thing that can stop him is strong international resistance, which is better than anyone could to organize Germany. 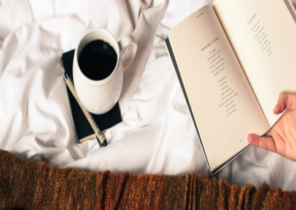 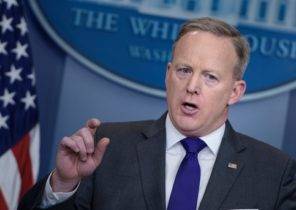 Washington has no intention to lift sanctions against Russia over Crimea