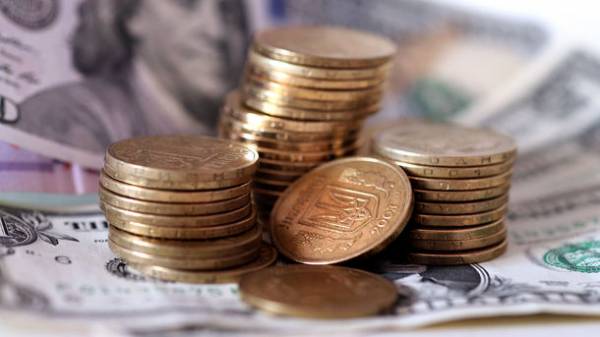 The IMF postponed the decision on granting Ukraine the next tranche. The blockade of Donbass, the macroeconomic situation in the country has changed, so the IMF Board of Directors should reconsider its decision, taking into account new realities. Analysts believe that the risk of devaluation of the national currency in the near future.

“The threat of a sharp devaluation of the hryvnia not. Already, the hryvnia was devalued, and since the beginning of the year slowly strengthened,” – says the Deputy Director of analytical Department of Alpari Natalia Milchakova. According to estimates Alpari, in the next month, the dollar in Ukraine will be sold at a 26.8-27 UAH. Expert on financial policy at the Institute of social and economic research, Antonina deshko adds: the last time the Ukrainian currency market shows “the wonders of sustainability”. The national currency fluctuates throughout the last month within 27,18 (the maximum value of the second of March) to 26.18 (minimum 13 March) hryvnias per dollar.

“It is hoped that in the near future exchange rate fluctuations will be minor. Although one should not exclude the influence of psychological factors and the resulting speculative sentiment in the market. In the longer term, on the state of the currency market can significantly affect the impact of the shortfall of foreign exchange earnings from the enterprises of metallurgy”, – the expert adds.

However, there are positive factors. So, in the near future (tentatively in late March/early April) Ukraine could receive a second tranche of macro-financial assistance from EU in the amount of 600 million euros. The corresponding decision has been made on March 16. The money will replenish foreign exchange reserves of the national Bank.

The situation with the IMF for assistance from the European Union will not be affected. “We are closely monitoring the situation around the decision of the IMF, but at the moment our announcement, made last Thursday, March 16, remains in force, that is, Ukraine will be able to get the second tranche in late March or early April of 2017”, – stated in the press service of the EU delegation.