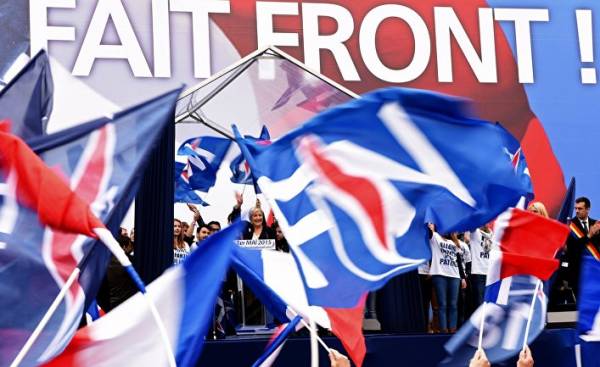 More than a year, many from outside Europe feared that the elections across the continent will win the populist movement — often far-right and eurosceptics. However, the electoral landscape is quickly changing, and we need to consider another scenario in which populists are commonly to lose.

You should not consider this forecast too optimistic. In the Netherlands freedom Party, headed by nationalist Geert Wilders (Geert Wilders), according to the survey, which was conducted in February 2016, had to get at least 40 seats. A month ago, the polls showed for 30 places, and currently an average of 25, one seat less than the ruling center-right party of Prime Minister Mark Rutte (Mark Rutte). This dynamics is associated with a specific Dutch style, to answer questions of sociologists. If in some countries people try to hide their intention to support right-wing, straight-forward, the Dutch likely to exaggerate their willingness to protest vote — just to apply a certain signal. However, when it comes time to vote, they make a rational choice, not an emotional one.

Everyone understands that Wilders still will not participate in the governance of the country, even if they receive a majority of votes, because the rest of the party don’t trust him after failing cooperation in 2011. However, if his freedom Party — despite the horror that she caused centrists around the world, will get second place, it is not only practical but also a symbolic defeat.

In France at the time of the victory of Donald trump on the American elections, the national front, marine Le Pen (Marine Le Pen) was supported by 30% of respondents. Now, Le Pen has only 26% support — a few percentage points more than the upstart center-left of the Emmanuel Macron (Emmanuel Macron). In the second round Le Pen will almost certainly lose any mainstreem candidate with the devastating account. She probably gets more than her father Jean-Marie Le Pen (Jean Marie Le Pen) in 2002, but this is unlikely to change radically the position of the French ultra-right. They were and remain an influential force in the political life of the country, but never — unless you count the Vichy regime, not become the ruling party.

In Germany, anti-immigrant and anti-European “Alternative for Germany” advocated in September 2016, 15% of respondents. Now her support is 10-11%. Technically this makes it the third largest party in the country, but in fact, such a status does not mean much — after all, each of the two major parties gaining more than 30%. Barring anything unforeseen, it will be held in the Parliament on 24 September, but there will be a marginal power that other parties are shunned. Italian eurosceptic “Movement five stars” in the middle of last year gained, according to surveys, more than 30%. Now it has slipped to 27%. This still allows him to compete on equal terms with the ruling Democratic party — but before the vote there is still time. Early elections are now less likely than in December 2016, when Prime Minister Matteo Renzi (Matteo Renzi) resigned after a failed referendum.

Of course, it’s possible that the polls are wrong. After the referendum on Brexia and victory trump many in this even sure. But even if we ignore the issues of professional reputation — and in much of the continental European countries the forecasts of sociologists are usually more accurate than in Britain or the United States — should be borne in mind that the British referendum on the American elections, the superiority of the winning side was minimal. In General, the error of the sociologists, the apparent catastrophic nature, fall within the margin of error. If the elections in Germany, France and the Netherlands is the same ultra-right will be at its usual place. With support from 10% to a quarter of the population, these forces will not be able to come to power. Such an outcome prevents a very reasonable European multi-party model, which tries to confuse voters with a sense strictly binary choice.

In a sense, the ultra-right and want something similar. Practical participation in public governance is usually not the strongest side of them. Have experienced in recent times Timo Soini (Timo Soini), the leader of the Finnish nationalist party opposed to the European Union. Soini currently holds the post of Minister for foreign Affairs of Finland, however, the popularity of his party plummeted, and he now declares his intention to leave in June, resigned.

The protest voters want rapid change because they are populists that promise. However, the device of a coalition government — and common sense — make that impossible, and the populists to lose support. It’s already happened with Wilders after his electoral success in 2010, when his party spent most of the time to bombard the government with questions about immigration, almost no proposed laws and eventually sank the ruling coalition, which promised to cooperate.

However, these parties there are a useful function. They give the society the opportunity to demonstrate that he really cares. Resistant against Wilders with Muslim immigration has shifted the centrist discourse right and led to the tightening of the immigration policy — although the freedom Party in the drafting of new laws and did not participate. Activity Le Pen forced françois Fillon (Francois Fillon), the ill-fated candidate from the center-right, hard to speak on the immigration issue and probably still will affect the results of the June parliamentary elections. Of course, the demands of society to better protect the borders and to limit immigration should not be ignored, however they can also be without any risky experiments, such as the election of the President of the United States of trump.

The political organization of continental European countries is much stronger, more stable and more democratic than tell his audience many American and British journalists. After the Second world war, these countries really tried to make representation of various extremist forces — from Communists to right-wing — in politics do not lead to catastrophic consequences. While this balance is not kept only post-Communist country, but it’s probably not a portent of the future, but only a sign that these countries, apparently, some rushed to join the EU. Presumably, they just were not fully ready to the fact that this membership implies. As for the omens, it is best to look at the December elections in Austria, where the “green” politician easily won from the far-right, despite all the election hype.

If events develop in this direction, it may indicate the imminent onset of a new era in which it is continental Europe, not the United States will be a world center for sound democratic government and the main source associated with such orders of “soft power”. 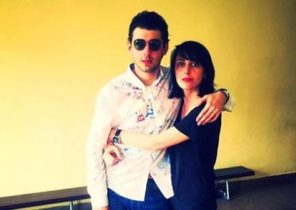