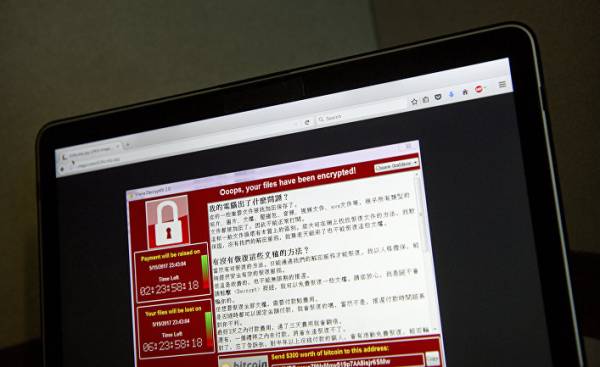 Moscow — Russia is again in the centre of a global hacking scandal, and it happened in that moment, when at the end of last week the computer system in the world was paralyzed one of the variants of malware, known as “Want to cry” (WannaCry). However, this time the Russians were among the victims of the conducted cyber attacks, and they are not considered by the organizers of this illegal action.

In fact, among all the countries affected by the first wave of the spread of this malware, Russia suffered the most, and used the virus tried to infect more computers in Russia than in any other place. These data were presented by analysts of “Kaspersky Lab”, a Russian company engaged in the fight against computer viruses.

While government computers and disabling, banks, mobile operators and Railways in Russia successfully fought off cyber attacks, the aim of which was to block their systems and obtaining a ransom for the decryption of the data.

This time Russian officials, once the injured party was not slow to Express their outrage.

“Humanity has faced in this case with cyber terrorism, — said Franz Klintsevich, Deputy Chairman of the defense Committee of the Federation Council of the Russian Federation, quoted by state news Agency TASS. Is alarming, and it’s not just a signal, and a direct threat to the normal functioning of society, as well as important life support systems”.

Computer experts have yet to determine the origins of this attack, carried out by virus-the extortioner, however, according to Mr. Klintsevich, this hacker attack wore global.

“I can’t exclude the fact that the main purpose of today is intimidating the entire world, he said. — The organizers of the cyber attacks have struck at hospitals, rail transport and the police. These days mankind has received a serious warning”.

Used last week, the malware, apparently, was stolen from the Arsenal of cyber-weapons the national security Agency USA and used by unknown hackers. She began to spread rapidly on Friday and Sunday, and as a result, according to Europol, the application suffered 200 thousand computers in over 150 countries.

Taken at the end of last week, the cyber attack has become the most large-scale computer break-after experts in the field of security and American intelligence agencies accused of acting on behalf of the Russian government hackers in an attempt to affect the results of presidential elections in America in 2016, as well as on the results of the recent presidential elections in France.

Russian officials deny any involvement in the hacking of the servers of the National Committee of the US Democratic party, as well as the email political figures in order to help Donald Trump to win the presidential election last year. They also deny any involvement in attempts to publish last month’s personal data stolen from the organizers of the presidential campaign of Emmanuel Macron, France.

According to Russian officials, the hacker attacks are used not only Russian, and applied last week virus-extortionist was a painful confirmation of this point of view.

This malicious program was developed by the national security Agency of the United States, and then stolen from the servers of the United States government. This version of the virus used to extort funds from the owners of blocked computers uses an old vulnerability and unlicensed versions of the Windows operating system of Microsoft, which are widely used in Russia and which were not eliminated vulnerabilities.

On Friday, the Russian Ministry of internal Affairs announced about the cyber attack, the object of which was approximately 1 thousand computers using the Windows operating system. However, according to employees of the Ministry, is blocked by the virus, the computers were disconnected from the Ministerial networks.

Irina Wolf, the official representative of the Russian Ministry of internal Affairs, in an interview with Russian news agencies reported that the most important servers of the Ministry remained unaffected, because they use Russian software, including little-known operating system called “Elbrus”, which was developed in the Soviet period.

Russian cybercriminals are pioneers in the use of ransomware, however, at present there is no evidence of their involvement in the recent cyber attack using malware WannaCry.

In December last year, the Obama administration has imposed sanctions against Russian hacker Evgeny Bogachev, linked to Gameover Zeus network. He was also wanted by the FBI in connection with participation in cyber crimes such as banking fraud, money laundering and theft of personal data.

Mikhail Delyagin, Director Russian Institute of globalization problems, believes that the attack using the virus WannaCry is the United States government. According to him, this can be the Nemesis of the Americans for the Russian hacker attack last year.

“I respect the sincerity of American officials — said Delyagin. They threatened us by cyber attack and the cyber attack was carried out. It is logical”.

However, the known Russian computer experts refrain from accusations against the United States, although this malware virus and was developed by the national security Agency of the United States.

“Special state kiperousa likely will not hold this kind of stupid attack — said in an interview with Igor Ashmanov, a member of the Council for the development of the digital economy, supported by the government Advisory body. According to him, any foreign government initiated an attack on Russian institutions will be considered an act of war.

And at this time, “is, of course, was not Russian hackers”, considering the fact that Russia was the main target, he said.