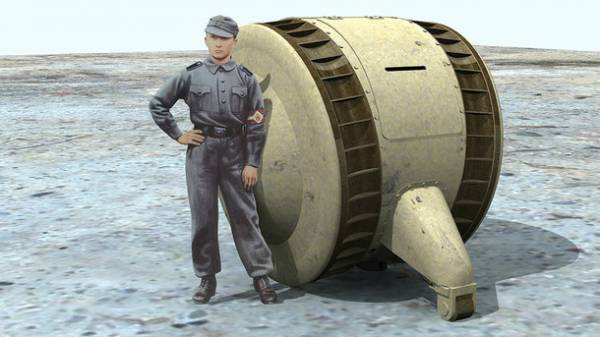 “Motor” has submitted six pieces of military equipment that do not carry powerful weapons, can not boast of a developed armor or high – tech- but one glance at them is enough to his eyebrows in surprise crawled on the top of the head.

Tortuga
Creating an image of the stormtroopers for “Star Wars”, George Lucas was certainly inspired by the form of the Tortuga armored car built in Venezuela (think about it!) in 1934. The machines were created at the shipyard of the Navy of Venezuela under the leadership of Thomas Pacanins and was intended to strengthen the defense of the country after the war in Peru. 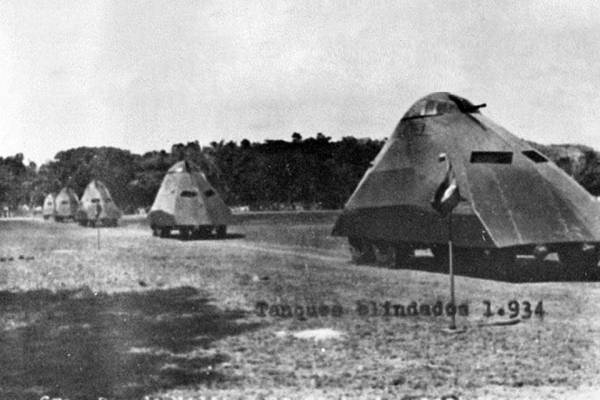 The basis for the armored car was chassis Ford truck. Tortuga is armed with a 7-mm machine gun Mark 4B on the upper part of the body, created as stated in historical documents, “in the image of the helmet of a policeman.” Total built seven machines during the operation were revealed weak ventilation, poor visibility and lack of maneuverability. 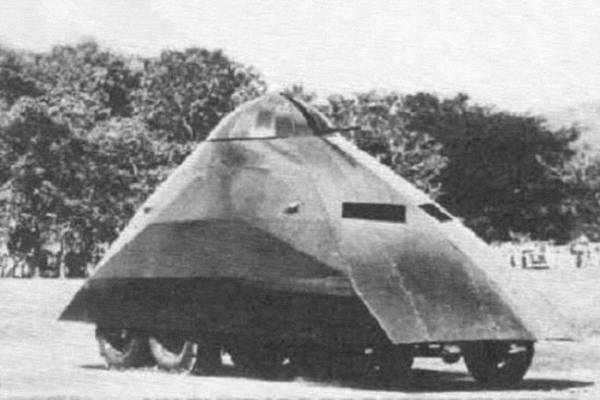 MTU-90
Have built based on the T-90 tank launched bridge MTU-90 from the weapons, there is only a Kalashnikov and a dozen grenades. However, it is difficult not to Express admiration when this machine is just two minutes turns 24-meter bridge, which can move heavy armored vehicles. 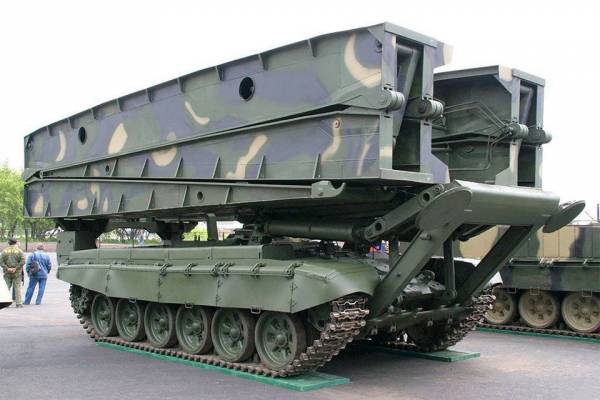 The load capacity of the bridge is 50 tons and its actual weight is 7.5 tons. Mobile platform equipped with a 1000-horsepower engine and can accelerate to 60 km/h and equipped with filter-ventilation system and automatic fire extinguishing system in the crew cabin. 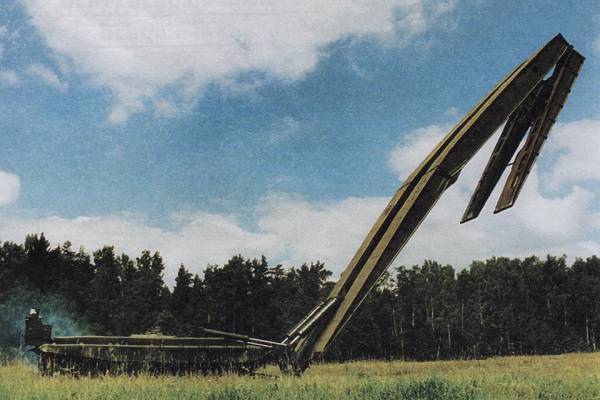 BTM-4M
This is the devil’s tool is able to dig trenches trenches in the permafrost and has developed it in Russia at the Kirov plant under the supervision of Nikolai Sergeevich Popov. The basis is the self-propelled gun 2S7 “Pion”. 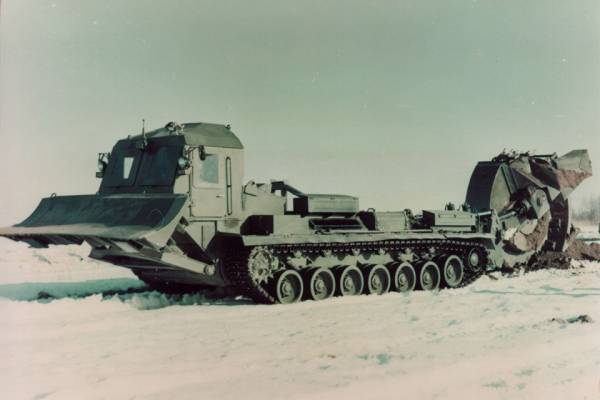 The machine digs trenches using the rotor with steel buckets. An hour BTM-4M is able to dig a wide trench to a depth of 1.5 meters (assuming normal soil), productivity in the frozen ground of 250 m/h. this machine Weighs 44 tons.

Warming Up-T
One can hardly think of military equipment is more frightening than Warming up-T. However, on the battlefield, this machine is quite harmless. The fact that warm-T – minesweeper, and its purpose is to detect hidden land mines. 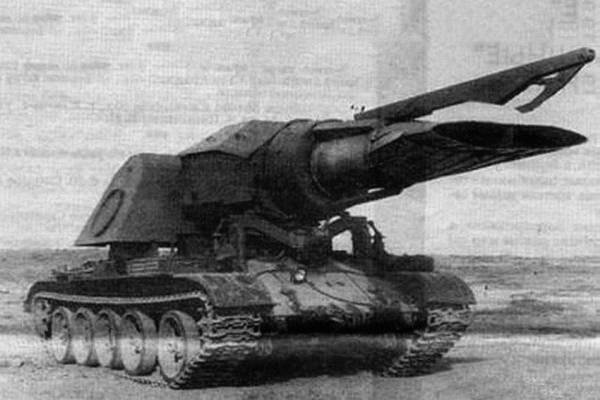 And the frightening setting upstairs from the tracked chassis of tank T-54 is a jet engine from MiG-15: the burning earth gas-dynamic jet, he reveals hidden in the soils of the mines and making safe passage for other cars. “Anneal” this is supposed 2.5 hours without stopping – then you will need perenapravit tank with kerosene.

Kugelpanzer
Tank-ball was created in the Third Reich in the 30-ies and today the true facts about him quite a bit. The only extant copy is marked “Copy 37” is in armored Museum in Kubinka. 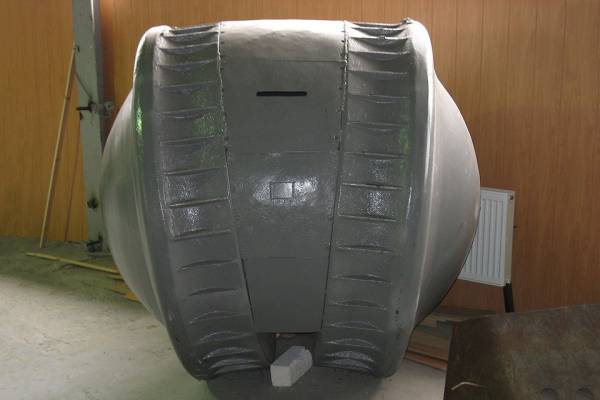 Confirmed facts about the machine today, six: it was controlled by one person; was actuated single-cylinder engine; it was light reconnaissance machine; the thickness of the armor – 5 mm; a specific instance was conquered by the Soviet army in 1945 in Manchuria; the car of German manufacture, but such was produced in Japan. 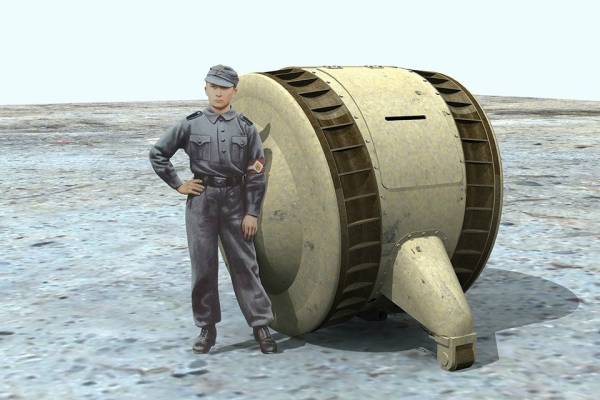 The Vespa 150 TAP
The list Vespa with a 75mm recoilless cannon, delivered to the French airborne in 56th year in the amount of about 800 copies. Rider 1-cylinder scooter was sitting right over the gun – effectively, but hardly very practical. 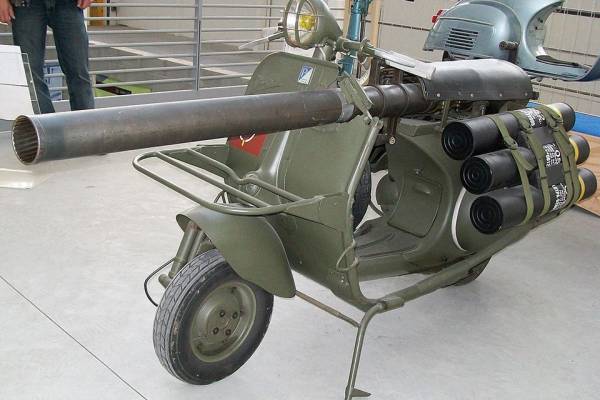 During the operation it was discovered that the gun is too heavy for the scooter and does not increase its off-road capability, so most of this “Weesp” was demilitarized (guns were removed) and sent to the courier service. Surviving copies of the pride of museums and private collections. 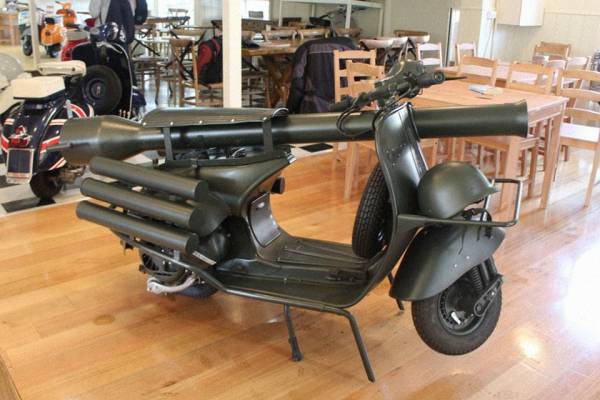