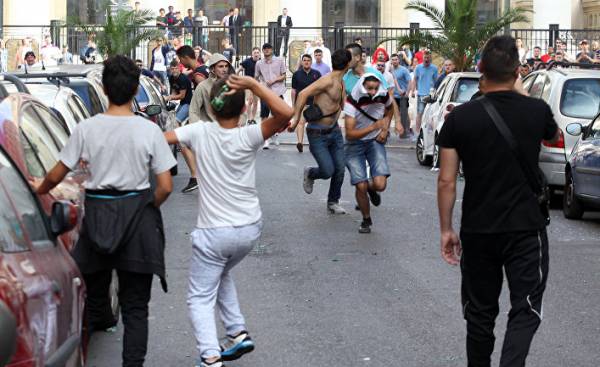 Incident in Marseille during the European Championship 2016 clearly made an impression on some members of the Russian leadership. For example, the Deputy of the Duma from LDPR Igor Lebedev wants to legalize fights of hooligans during football meetings and turn them into the sport. His goal — to “guide to a peaceful course” aggression fans.

The politician has submitted a proposal released Friday on the website of his party: “Given that our fans are fighters, but not bullies, fan-made battle can be turned into a sport”. According to him, “Russia would become a pioneer in a new sport.” In addition, such a spectacle would draw less viewers than football matches.

Finally, the Deputy has outlined possible rules of “good taste”: “if you Come, for example, English fans are starting to ride up. And they answered: call is accepted, the meeting at the stadium so much. With each party of 20 people, without weapons. The rules can be found on our website.”

The incident in Marseille as a catalyst

Football fans and the French in General well-remembered fight between Russian and English fans during the summit held last summer, Euro 2016. June 11 on the streets of Marseilles were particularly violent clashes between Russians and Englishmen. Brawl was even at the stadium by the end of the match (1:1). Igor Lebedev notes that it has not made much of an impression: “Yes, they fight sometimes — but only with “colleagues,” not hurting “civilians”. He did not forget about the French government: “France were better prepared for such events — given that the guests expected the British”.

Fights — a common occurrence in Russia

Recently the BBC released a report “Army of hooligans.” In it they promise to declare itself on the 2018 world Cup. In response, Moscow called propaganda material, which is designed to discredit future competitions.

As for the leadership of FIFA, it denies the existence of any threat to the safety of the fans who will travel to Russia for the confederations Cup in June this year and the 2018 world Cup. According to him, the event will be a real “festival of football”.

It is worth noting that the fight of the hooligans in Russia represent a real battle of organized gangs. Venue and number of participants are negotiated in advance. The vast majority of cases, fights are conducted on vacant lots, in fields and forests, and at the end of the men even greet each other…