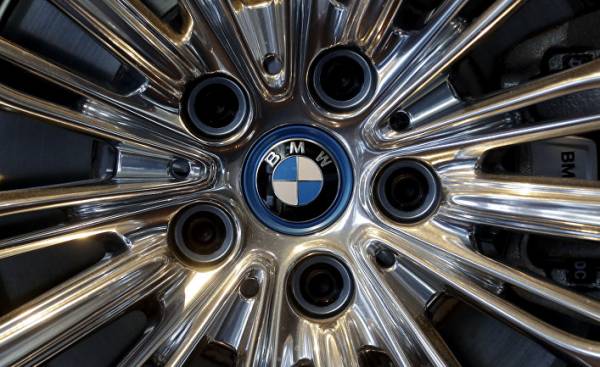 In the mid 90-ies of the last century, the top management of five leading German companies-the automakers have founded a “secret club” meetings to discuss important industry-strategic decisions that violate the principles of fair competition. The weekly Der Spiegel, first reported on the illegal, probably, cooperation, suggests that between five companies — Volkswagen, Audi, Porsche, Daimler and BMW, whose share in June of 2017 accounted for 43.5 percent of the German market — there was a cartel. Regular meetings were attended by about two hundred specialists of these firms that generated 60 working groups. At their meetings they discussed many matters — the selection of suppliers, prices, their support is at a certain (high) level, the technical details (specific examples — transmission and mechanisms of the roof for convertibles). It was on one of such meetings the decision was made, which laid the Foundation of fiddling with the exhausts of diesel engines that marked the beginning of a loud scandal around of VW, say the journalists of Der Spiegel. In particular, the representatives of the five leading concerns were discussed and set on a single level the size of the tank for the fuel additive AdBlue is a liquid reagent, which is used for the cleaning of exhaust gases of diesel engines. At these secret meetings it was decided to equip the machine only pots of small size.

Magazine Der Spiegel has received incriminating information from the Antimonopoly Committee, where the concerns of Volkswagen and Daimler sent a grateful letter of repentance. Presumably, it stands for the desire of the corporations to mitigate the impact of the scandal, reducing possible fines in connection with the conspiracy will be imposed on automakers. While the fact of cartel collusion was not proven, despite a confession: legally this is a very complex process.

Representatives of the BMW group completely rejected the accusations in the press, without denying that such meetings took place. Them on version of BMW discussed the creation of a suitable infrastructure for the use of AdBlue (this reagent, which is a diluted water solution of urea is sold at gas stations, as a result of its use of diesel engines should achieve the level of requirements of environmental standards Euro 4, 5 and 6). However, the car BMW never subjected to any manipulation, according to the press service of the Munich group, and its technology is significantly different from folksvagenovskih.

Over the past two years the image of the automotive industry as exemplary for the German sector suffered serious damage: first scandal with the manipulation of exhausts of diesel motors (except Volkswagen, regulatory authorities now had serious doubts about Daimler), a cartel. The rejection of market mechanisms of competition in favor of the secret agreements is a serious and punishable sin in a free market. In the European Union, cartels are prohibited by the antitrust laws, as they violate the operation of market mechanisms, which are the motor of modern Western economy. Caused whether the alleged cartel real damage? The head of the Federal antitrust office (Bundeskartellamt) Klaus müller (Klaus Müller) suggests that as a result of secret agreements between manufacturers many customers Volkswagen, Audi, Porsche, Daimler and BMW had to pay for the machine overpriced. The European Commission also drew attention to the problem. However, this may be more significant damage lies in the other: one of the major backbone industries of the German economy does not get out of scandals, its reputation suffered another painful blow.

By revenue, the automotive industry is the leading branch of industry of the Federal Republic: in 2016, the turnover amounted to 405 billion euros, which is approximately 23 per cent of total industrial turnover of the country. Automobile giants are only responsible for 30 percent of revenue, more significant share — about 70% — generating component suppliers, usually small and medium enterprises, of course, dependent on the success of those corporations, which is their delivery. Leading automobile companies of Germany virtually unsinkable, but when problems arise from Volkswagen, Daimler or BMW — the first fall in a difficult situation of their suppliers. Directly in the automotive industry in Germany employs about 1,300 companies. The total number of people employed in them is close to a million people. But in fact the number of German workers dependent on the automotive industry, is much higher: it may include many employees of the enterprises of chemical and light industry, which produces raw materials, manufacturing, electronics and engineering workers to a variety of car dealerships, garages, gas stations. In addition, the car — the primary article of German exports: three-quarters of the machines of German production is exported, in 2016, the exports reached 4.4 million copies.

What are the real consequences of the cartel, if it can prove? Most likely, corporations will be subject to millions, if not billions of dollars in fines. To reduce or to get rid of them the parties to the agreement can themselves declaring their impropriety (recognition is almost the only way to prove that collusion actually took place). According to recent press reports, Daimler managed to beat Volkswagen in the intention to repent and can get away with it: the Antimonopoly office usually exempt from the liability of the defendant in the case, if he reported the conspiracy. Nevertheless, the exchanges came down all potential participants in cartel agreements and Daimler, and BMW, and Volkswagen, together with its subsidiaries, and the scandal, if the conspiracy is proved, on the eve of elections to the Bundestag threatens to escalate into a political one. If the automakers really agreed and together they figured out how to bypass current environmental regulations, the official Berlin inevitably have to respond to this a nuisance.