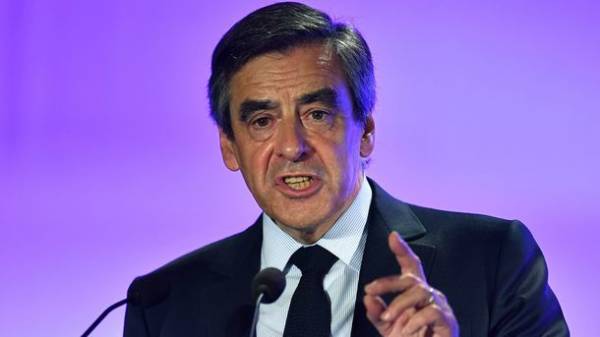 The investigators want to estimate accurately the value of the property of the candidate.
In the country house of the candidate in presidents of France Francois Fillon were searched. It is reported Корреспондент.net with reference to the newspaper Le Monde writes, citing sources close to the investigation against the wife of Fillon.

According to the newspaper, the operation was carried out by staff of the Central office for the fight against corruption, financial and tax crimes. Investigative actions were aimed, in particular, to accurately assess the value of the property Fillon, said the newspaper.

Thursday, March 2, searches were held in the house policy in the seventh district of Paris.

Wednesday, March 1, Fillon confirmed the subpoena, which may lead to charges of embezzlement of state funds.

The politician reiterated the innocence, drew attention to numerous violations during the investigation and called a “political murder” the actions of the authorities. According to Fillon, only citizens in the elections to decide who will become the President of France. Earlier, Fillon said that it will withdraw from the presidential race, if he becomes involved in the investigation.

As reported, the financial Prosecutor’s office of France (PNF) has opened a judicial investigation in the case of fictitious employment of the spouse of the candidate in presidents of France Francois Fillon.

Meanwhile, members of the political Committee of the conservative party of the Republicans, which includes Fillon issued a statement that on Monday, March 6 will hold a special meeting, which will discuss in detail the situation around the candidate for President of France.

According to a recent survey, approximately two thirds of French voters would like to Fillon refused to participate in the presidential race.

The ratings show that it is inferior to its main rivals the Emmanuel Macron and marine Le Pen. François Fillon announced on March 1 that he would not withdraw his candidacy and will continue to fight for the French presidency, despite the investigation against his wife.

The first round of the presidential elections scheduled for 23 April, the second will be held on 7 may.