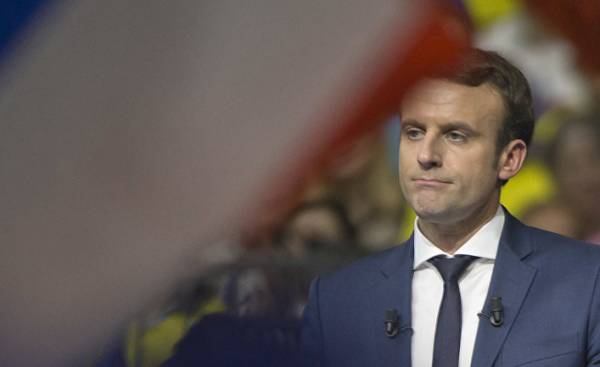 Now in France there is a man who, it seems, can walk on water. The name for this phenomenon, Emmanuel macron. 39-year-old former banker and Minister, became the new star in Paris — and at the same time, the last hope of Europe. According to surveys, in nine weeks, Macron falls historical role: to protect the EU from its most dangerous enemy. Since marine Le Pen, a populist and nationalist, is seeking to win the presidential election on 7 may, and then — as she said — to break integrated Europe, including the Euro and Erasmus. In this case, Frexit (“rexit”) will be the end of Europe.

Macron, French, European and citizen of the world, feels responsible. National retreat of Le Pen he contrasts the promise of a new beginning in the future. His social liberalism is out of bounds, which do not even dare to think his mentor, Francois Hollande. Macron intends to promote policies in the labour market, which is based on the Scandinavian model. But above all, the power of the Macron is a consequence of the weakness of almost all of his opponents. Their mistakes they created him support, which allows him to walk on the water of the Seine, in a figurative sense.

The ruling socialists themselves have faded into the background. Their left alternative candidate Benoit Amon leads the Parti Socialiste (“Socialist party”) to the edge, just as did Jeremy Corbyn British labour party. Then the destruction began, Francois Fillon, candidate of the right. The case of large disbursements of public funds for the wife and children would undermine the election.

Fillon is still a candidate, because the other rival “godfathers” of the party — former Prime Minister, Alain Juppe, and former French President Nicolas Sarkozy cannot agree on a replacement. The chance to become head of state Fillon had missed. We all know that this is not only understands himself Fillon.

The rating of marine Le Pen grows with each passing scandal

Remains Of Marine Le Pen. Although the head of the National front is also involved in scandals. A year ago Le Pen tweeted a disgusting photo of Islamic state terrorists. Such cruelty is her way to Express the desire for power. The fact that the EU Parliament can deprive her of immunity, don’t care about Le Pen. On the contrary, it is downright triumphant when “the system” — that is, the rule of law — stalking her. Show charges in the fictitious work of the staff of the European Parliament, it seems, knows how to use the “system”, which is struggling. Each new summons she uses to play Joan of Arc, the defender of the disadvantaged. Its proponents consider it harassment, and some even “baptism.” Its ratings did not fall, and even grow.

Europe’s future will be decided within 65 days. France don’t need a miracle, but “only” a sufficient number of Democrats. Otherwise, the whole continent threatens French roulette.