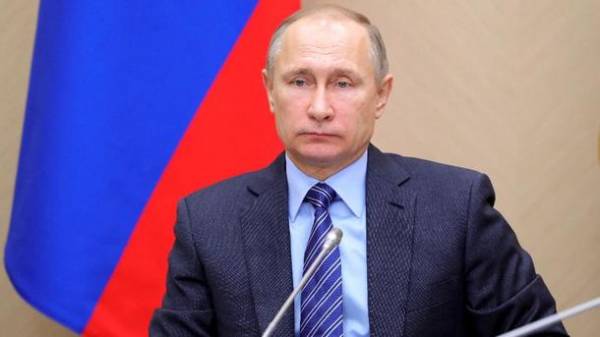 Russia has a four region of instability, which indicate that Putin’s regime is approaching economic collapse.

About it writes the edition Forbes.

On the map of Russia there are regions where wages are regularly delayed. In December 2016 (this is the last month for which data is available the Federal service for state statistics) the total amount of wage arrears amounted to 2.7 billion rubles ($46.4 million).

The Russian economy remains highly regionalized. More than one fifth of the material assets of Russia are in Moscow and its surrounding areas. The Central government maintains the unity of the Russian Federation, redistributing material of value to regions.

All this puts Moscow faced with a difficult choice: austerity or spending cuts on defense.

The fall in world oil prices had a negative impact on the Russian banking system. The number of applications of depositors for payment of insurance on their deposits has grown substantially. In some regions, started a real banking crisis.

Recently lost the license by more than 100 banks. In itself, this may not clarify the picture. Russian banks may be under pressure. But the fact that the dimensions of the main Fund used by the Russian Agency on insurance of contributions, decreased by 75% over the last two years, lends this argument additional weight.

3. Protests in the province:

Economic difficulties can lead to social unrest. In the Russian province there has been little protests. Similar small protests also took place in major cities such as Moscow and Saint Petersburg.

Meanwhile, in Russia there are visible signs of discontent. This indicates a concern with the reduction of wages, delays in payment of wages and reduction of social benefits. These minor events are alarming bells, foreshadowing the problems that may arise from the Russian government in the future.

The purpose of the cleansing is to get rid of potential rivals and replacing them with faithful people. 6-7 February, the governors of Perm Krai and Buryatia, was forced to resign. Conduct such purges, says a lot.

Cleaning is not limited to governors. Putin also got rid of a few generals. Just lost their jobs, 16 generals, two of whom withdrew from military service.

These factors explain why Putin, who just a few months ago proudly played on the world stage, now time stopped.