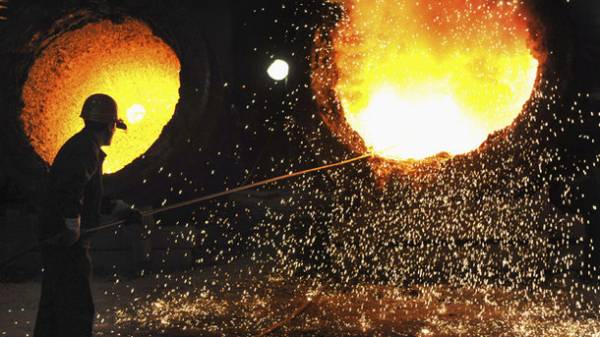 In January 2017 Ukraine finally increased industrial production. According to the state statistics service, the increase was 5.6% in the calculation of year-on-year – compared to Jan-2016.

“The last time the growth rate of the industry in January we had in 2012. For comparison with the international community in January 2017 in Kazakhstan, industrial production grew by 4.9%, Belarus 5.9%,” – commented the data of the Ministry of economic development and trade (MEDT) of Ukraine. The Agency emphasizes that the January growth was higher than expected.

The main factors affecting the industrial production, according to the Ministry, are:

“The greatest growth was observed in manufacture of rubber and plastic products non-metallic mineral products through high investment activity; in engineering – as a result of the diversification of markets and increasing domestic demand”, – reported in the Ministry. Experts, at the same time, noted that a monthly measurement of industrial growth has slowed, and point to other reasons for the high annual rate.

Other indicators of the real sector of the economy have demonstrated mostly a positive dynamics:

“A surge in construction and transport, points to a recovery in economic activity in non-industrial sectors on the background of the recovery in investment activity and the recovery of exports (the rapid growth of turnover has arisen primarily due to the increase in transportation of grain),” explains Belan.

At the same time, the dynamics of retail trade turnover, according to her, indicates a slow recovery of consumption.

FORECASTS. The expert predicts a deterioration in February – according to Belan, the negative impact on the economy will have a trade blockade of the occupied areas of Donbass.

“Many industries, particularly the steel and transport, affected by the ongoing blockade of railway tracks, connecting Ukraine with temporarily occupied territory. Through the blockade, suspended the activities of two steel plants which are located in the occupied area, but officially registered in government-controlled areas and submit reports to the statistical authorities,” – said Belan.

In addition, according to the analyst, the gradual increase of the base of comparison will slow down the growth of industrial production and other sectors in annual terms

Given prosentase, Dragon Capital expects real GDP growth at 2.5% year-on-year in 2017, followed by 2.2% in 2016. Recall that the same forecast gives the international monetary Fund (IMF). This means that the rapid economic growth the country to wait until you have.