In Ukraine, the deficit of the Pension Fund (PF) last year reached a record high of 145 billion. In the same year “hole”, according to the forecasts of the Cabinet, will drop to 141 billion due to the redistribution of the single social contribution (ERU), raising the minimum wage and compulsory taxation, even those entrepreneurs who declare zero income. A pension plan to raise in stages, and in addition to the traditional indexing of Ukrainians also have “modernity”. The website “Segodnia” figured out how the life of Ukrainians will change in the new year.

The average pension in Ukraine – more than two thousand hryvnia. The minimum pension recalculated on the first of December – 1130-1247 USD. Of more than 12 million Ukrainians “retirement” minimal live 7.5 million people. All of them are below the poverty line. As estimated by the Ministry of social policy, consumer basket of Ukrainians costs of 3,200 USD. Everyone who receives less forced to deny myself the most necessary things.

Even with the low pensions, funds for their payment are sorely lacking. Last year, PF has spent 257 billion, while the social contributions were 112 billion, and the rest had to compensate from the state budget.

We will note, Ukraine has a PAYG pension system, the so-called “contract of generations”. Working Ukrainians pay a Single social contribution (ERU), and then redistributes the money among existing pensioners. As noted by the relevant expert Vitaly Melnychuk, such a system should be self-sufficient, that is, ERUs should completely cover the expenses of PF, without subsidies from the state budget. On the necessity of reforming the Ukrainian pension system and say the parliamentarians, the government and the expert community. However, at this point crucial decisions only announce. Last year the Cabinet reduced a list of privileged professions, which can retire earlier; since the beginning of this year, all entrepreneurs, regardless of whether they declare their income are obliged to pay SSC. Despite this, in 2017, the shortage will be 141,5 billion hryvnia.

Problems in the joint system in Ukrainian a lot. But the main one is low wages. Approximately 40% of the payer of ERUs declare the minimum wage, last year it was 1600 hryvnia, social contribution, with a salary – just over 350 hryvnia. As recognized by the Chairman of the largest regional business Alliance Elena Eremenko, small and medium business working “in grey”. The official salary can be several times lower than the real one.

In addition, of the 16 million employed Ukrainians ERUs only pay 10 million. The others (farmers, service workers, etc) contributions have the right to pay only the desire. In fact, 10 million workers must provide 12 million pensioners.

A major blow to the Pension Fund last year – a reduction of the Ust rate from 37% to 22%. The Ministry of Finance assumed that this will allow businesses to raise wages and to issue “illegal” employees. However, the shortage increased by almost 40 billion.

Who will raise pensions. The average pension in 2017 will grow to 2001,4 the hryvnia. Five million pensioners will receive an allowance of an average of 300 hryvnia (so-called modernity). In addition, this year also will be indexed by 10.1% – the minimum pension will increase to 1400 hryvnias.

However, pensions will rise for all. So, indexation will not apply to pensioners who receive more than the minimum pension (currently 1247 UAH) and continue to work. In addition, for those who receive 1300 hryvnia, Ukrainians pensions in 5000 hryvnia indexing of 10.1% means a boost of approximately 125 USD (10.1 percent of the minimum pension). Moreover, payments will not increase for those who have they are not tied to the subsistence level (civil servants, journalists, scientists, etc.). The storage system is paused. The government plans to start a second level system – cumulative. In addition to the ERUs, the Ukrainians will have to pay another tax (from 2 to 7% of salary). These funds will be accumulated in personal accounts.

Research fellow, Institute of demography Lydia Tkachenko said: at the moment it makes no sense to start a savings system, moreover, the expert believes, that is no way to do this in the next year there. “Of course, will not start. It is possible. In the Memorandum, which was signed by our leaders of the country with the IMF says that Ukraine is going to refrain from cumulative level. The law second level registered for a long time, but there are no dates. The bills were dates, but the bills remained bills,” – says the expert. PF Deputy Chairman Mykola Shambir also suggested that the run accumulative tier of the pension system next year will not succeed.

ERUs will pay all. As told “Segodnya” in the Pension Fund, at the moment officials are considering the possibility to oblige to pay a tax to the pension Fund of all working Ukrainians without exceptions. “In the world applies the obligation of payment of insurance contributions for the whole working population. We’re still studying this and other methods. But there are methods, such as voluntary involvement, and compulsory payment”, – says Vice-President of PF Mykola Shambir.

Pensioners with no experience of life will become more difficult. In the television broadcast, the Minister of social policy Andre Reva said: the strategic aim of the government to make the pension system fair. A few months ago in an interview “Segodnia” the Minister said that it would be fair if those Ukrainians who have little insurance experience retirement later. “Who does not work shall not eat”, – says the official.

Changed the distribution of ERUs. Social contribution is allocated among three funds: insurance in case of unemployment (out of 6.3% of ERUs last year to 7.1%), insurance disability (11.1% of the ERUs in the past year, 14.2 percent) and pension insurance (82.5% of ERU, last year – 78.5 per cent). The decision was made “to balance the budgets of the Pension Fund and social insurance Fund in 2017”. 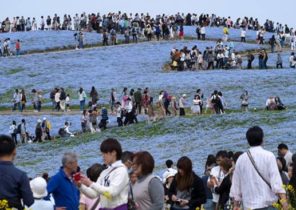