In accordance with the order of the head of the FSB of Russia, this country enters an edge zone on the border with Belarus in Smolensk, Pskov and Bryansk regions. You will set the space for entry or passage of vehicles and persons, and appropriate warning signs. The reason for the introduction of a border zone called the “creation of necessary conditions of protection of the state border of the Russian Federation”.

For me, the message on introduction of Russian border area with Belarus was not a big sensation. I personally contributed to the introduction of this zone since March 8, 2016.

That day I wrote a letter to Alyaksandr Lukashenka with the proposal to introduce on the border with Russia, the regime of drug control. The impetus for this was the statement of the Minister of internal Affairs Igor Shunevich. 6 March in the TV channel ONT Shunevich said that Belarus has become the country of nerotransmitter in the country, drug users, and on the Eastern borders of Belarus no control over the movement of drugs does not exist.

A month later, on April 8, Alexander Lukashenko held a special meeting on the fight against drugs and, as if answering my letter, said: “most of the drugs in Belarus comes from the Russian Federation. And in times more than from neighboring States.”

Then approached the parliamentary elections. Me and my colleague for the election of Ales Taustyka as candidates for Parliament, wrote letters to Vladimir Putin and Alexander Lukashenko on the need to introduce on the border of Russia and Belarus drug control and monitor the movement of weapons. We reminded Lukashenka of his sentence, said assistant Secretary of defense Michael carpenter: “…About new threats — the flood of Belarus of weapons.”

We wrote to the presidency about the fact that “the Russian frontier-guards on the non-existent border of Russia with Belarus in control of all products. They “catch” the fish imported from Belarus. And hold the fish, which is either too salty or salted insufficiently and send the fish back to Belarus. Detect antibiotics in milk and meat. But the Russian border guards did not detain any drug dealer or one gram of drugs! Weird?

You are often called Russians by fraternal people, the most friendly Belarusians. So why is neither Putin nor You do nothing to protect the citizens of Belarus from drugs?

We offer you, if you really want the good of the residents of Belarus, — enter on the border of the Republic of Belarus and the Russian Federation drug control and monitor the movement of weapons and explosives!”

About the same I Taustyka said in their speeches on radio and television during the election campaign.

We held a picket “Kul for the President” and brought to the presidential Administration on Marx, 38 “coolies” — a pencil in the form of shells, which were letters to Lukashenka with a proposal to introduce drug control and monitor movement of weapons. In the picket with us were the young people from “the Youth of BPF”.

In one of the responses to our proposals the state border Committee of Belarus reported that the decision about which land border to protect, and that they check, takes just the President. Therefore, the attempts of some activists today to demand from different chiefs the introduction of adequate retaliatory measures of the edge response is meaningless. It is only necessary to appeal to Lukashenka.

Meanwhile in the media there are new reports that “foiled another drug trafficking from Russia.” They reported about the detention in one way or another Belarusian city drug dealer, who brought them from Russia. And how many drugs this courier took off on the way from the Russian border, only God knows. Drug runners safely cross the invisible border with Russia, carrying our children to death. Terrorists quietly supply weapons in any quantity.

And all the words of Alyaksandr Lukashenka about the drug threat from Russia and “the flood of Belarus weapons” look like a detached observer.

Unlike Lukashenko, in the mouths of Russian officials, commenting on the introduction of border area with Belarus, sounds sensible logical arguments.

Uladzimir Padhol is associate Professor of philosophy. The last entry in the employment record: from February 1997 — head of information-analytical center of the Presidium of the Supreme Soviet of the 13th convocation. The author of “Podruchny PA pasizymi barachiel,” the books “Foundations of political psychology”, “Kul for President”, “Lord Cooley”, “the devil’s grindstone.” The author of the first concept of US law “Act on democracy in Belarus”. The head of the NGO “Information and social innovation”. The Creator of the Museum “a Place of stopped time” (millstones). 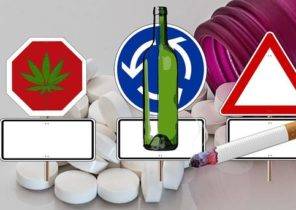