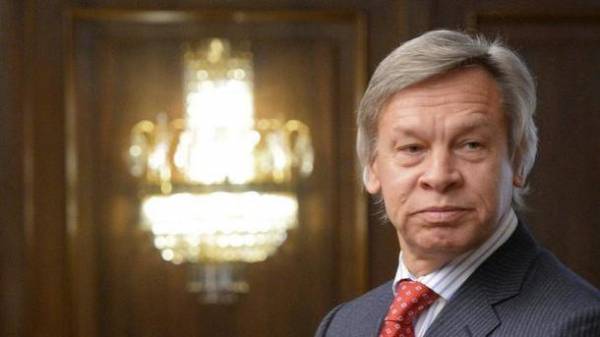 The statement of the President of the United States Donald trump’s intention to extend nuclear potential of the country calls into question the agreement on the limitation of strategic arms. About this Twitter wrote the Russian Senator Alexey Pushkov.

“Trump’s statement about the expansion of nuclear potential of the United States calls into question the agreement on the limitation of strategic arms, returning the world in the 20th century,” wrote Pushkov.

Trump’s statement about the extension of the poison.the capacity of the US calls into question the agreement to limit strategic. arms, returning the world in the 20th century

Earlier in an interview with Reuters, U.S. President Donald trump has stated that it opposes a deal with Russia on disarmament. “I do not support “unilateral” Treaty to reduce nuclear Arsenal, concluded between the United States and Russia,” said trump.

Also , Donald trump has promised to expand the nuclear Arsenal of the country. According to the American leader, the United States has lagged behind in this matter, and he intends to ensure that the United States was “on top”.