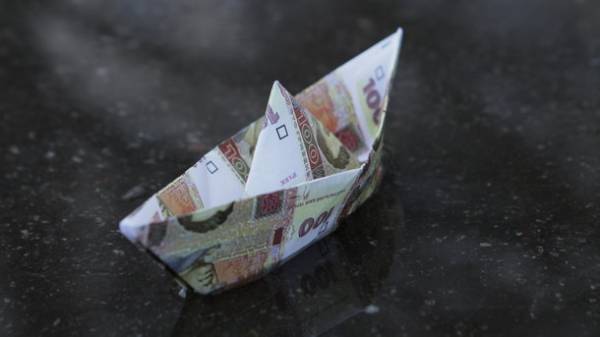 In late January, the so-called activists in protest of trade with the occupied territories of Donbass blocked the railway track from the Donbas, after which Ukraine has stopped deliveries of anthracite coal with uncontrolled territories. On 15 February the Cabinet of Ministers declared a state of emergency in the energy sector. The sector relies on the supply of coal from the occupied areas of Donbass – anthracite operate seven thermal power plants and a power plant. And up to 15% of all electricity in Ukraine is produced at the fuel from the combat zone, writes “Лига.net”.

Due to the shortage of anthracite for several days blocked the work of a number of metallurgical enterprises. The production was stopped yenakiieve iron and steel works and the coal of the group “Metinvest”, the enterprises of ISD Corporation in Alchevsk. A prolonged blockade threatens the work of other companies. About the possible stop of said plant Dneprovskiy metallurgical plant.

Metal products, according to the calculations of the National Bank, up to 40% of total Ukrainian exports, therefore, negative changes in this market may affect the exchange rate of hryvnia on the economy as a whole

“If you stop 3-4 steelworks including Azovstal and MMK im. Ilyich, it is likely we will lose up to 25% of foreign exchange earnings to the country, it may have a negative impact on GDP dynamics in the first quarter”, – says Vitaly Shapran, member of the Executive Committee of Ukrainian society of financial analysts.

The currency market will feel the effects of the embargo a few months, when the foreign currency revenues from metallurgists reduced or in case Ukraine will have to import coal. Yet the embargo does not put pressure on the interbank market – clearing rate of the dollar decreases. Last week, major companies needed hryvnia for payment of income tax. This week’s currency sell exporters-farmers preparing for planting.

Dynamics of the hryvnia to the dollar on the interbank market:

What threatens the Ukrainian economy blockade in the long term and how serious the risks of devaluation,said analysts, experts and Bank treasurers.

Jaroslav Zhalilo
expert of the Institute for social and economic research

If a stop or even a reduction of production of metallurgical plants does happen, it will be significantly to foreign exchange earnings of the country. Metallurgy gave in 2016 21.8% of export earnings. It is difficult to say with certainty, what is the share of enterprises of the “zone of risk”. Depending on the scale, it can be 5-10 % of exports.

The effect for the currency market is expected – a reduction in the supply of foreign currency and devaluation trend. While the market is quiet, but a real plant shutdown fuels devaluation expectations. Soon to support them can and reducing the flow rate.

Risks remain, even if the steel plant does not stop, and will be refocused on other sources of raw materials. This will lead to growth of import of coke and a deterioration in the trade balance. Alchevsk and Yenakiyevo metkombinaty already cut production.

Among other consequences – the problem of coal supply to thermal power plants and problems with heating and power generation; social problems due to the reduction of the income of working on problem plants or even their dismissal. As well as a General deterioration of the image of Ukraine from the point of view of its ability to maintain law and order in the economic sphere, the additional point of internal conflict in society, additional arguments for the Russian propaganda in the occupied territories.

Because of the blockade there will be a reduction of foreign exchange earnings. Losses for the group “Metinvest” in the export of steel can be 100 million dollars per month. But keep in mind that the ore that has not reached the steel plant will be exported. Thus, due to the export of ore that has not been used for the production of steel, Metinvest will be able to get about 70-80 million dollars a month and partially offset the loss. Negative impact on the currency market, the blockade may have in the future. Payment for exports is normally not available on business accounts at once (according to the NBU, the delay can be up to 120 days). That is, the effect may become apparent only after 3-4 months. By the time to the currency market will be influenced by, among other factors, and the NBU can intervene to mitigate the imbalance. Reduction in tax revenues also should be expected, but the numbers are relatively small.

Alexander Steam
the head of the analytical Department of Concorde Capital

At current metal prices for our metals and mining companies may receive less export revenue of about 100-125 million dollars a month. Also we will have to import coal in the amount of 40-45 million dollars per month. That is only on mining and metals and coal effect on the trade balance in current prices can be minus 140-170 million dollars.

Until we see the negative reaction of the foreign exchange market, although the national Bank and the President himself warned about the negative consequences of the blockade for the hryvnia. It seems so far that the supply of currency the blockade is not affected, but in a short time the effect can become noticeable. In the blockade there are non-obvious things. Not the fact that enterprises in the occupied territory are competitive – in fact they have to pay on the grounds of additional fees, which increases their production, besides, leads to a shortfall of taxes to the Ukrainian budget (compared with similar companies operating in the unoccupied part). The effects of the blockade on the same price of e/e is also not necessarily negative.

While the situation with the blockade does not put pressure on the foreign exchange market. The business at the end of the month starts the traditional fiscal period for which they will need to start in the country large amounts of national currency. Considering the market in the short term, severe shocks, we do not expect. In the long run, the tightening of the blockade could certainly have a negative impact on the course.

Removing the political context and considering the situation solely from the economic point of view, of course, reducing the second largest export industry in Ukraine – metallurgy – and thus reduce the revenues of our capital markets. Monetary deficit may cause devaluation. The dynamics of the interbank market in the future will depend on how protracted the blockade and whether found any alternative solutions for energy supplies.

Volumes of sale of currency earnings on the interbank market since the beginning of the siege fell insignificantly. The average volume of currency sales on the interbank market in 2017 to 22 February inclusive – the equivalent of 154 million dollars a day. With the beginning of the year until 26 January, the average sales volume amounted to 160 million dollars, and from January 26 to February 22 – 148 million dollars. For all of 2016 average sales of 250 million dollars, while in 2013 – 1 215 million dollars. That is the background of the dramatic fall of the sales currency with the base of comparison of 2013 now we can say that significant changes after the blockade did not happen. In any case, for now. Frankly, to fall nowhere.