In Ukraine, mortgage lending is “frozen” after the fall of the economy in 2014. Experts believe that the demand for mortgages Ukrainians have, but the existing conditions would repel most willing to take an apartment on credit. And the banks themselves because of the possible risks are in no hurry to develop mortgage lending. “Today” has wyjasni when Ukraine will resume mortgage lending and how much you will have to pay the creditors.

In Ukraine , the average rate on mortgage loans over 20% per annum, the first payment will range from 30 to 50% of the cost of the apartment. For example, the state “Oschadbank” offers its customers a mortgage at 23% per annum with maturities up to 15 years. For example, if 10 years to take out a mortgage apartment worth 500 thousand, about 200 thousand will have to pay immediately, and another 300 thousand to pay monthly for 6400 UAH. As a result, over ten years instead of 300 thousand Bank will have to pay 768 thousand in two and a half times more.

Ukrainian banks can not lend at a small percentage due to the large risks, says the Director of the Institute of financial controlling KNEU Oleg Tereshchenko. “For banks this is a risky product, this risk has to lay in the cost of lending,” – says doctor of economic Sciences. 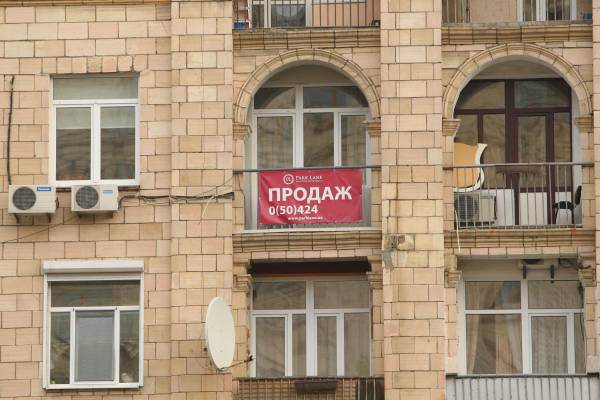 At the moment, not all Ukrainian banks are ready to provide its customers with a mortgage. According to Vladimir Mazurenko, even those market participants who continued to provide loans for housing, “do not advertise this product and give mortgages only to approved customers with good credit history”.

“It is clear that in the current situation, the mortgage is just waking up. During 2014-2015, the first year it has virtually disappeared. We have during this period inflation was nearly 60%, even with high interest banks during this time lost, not earned. Indeed, we already have 300 thousand, and in 10 years to pay 700 thousand. But who are you to say what is the real value of these 700 thousand in 10 years?” – says the expert.

“It is clear that in the current situation, the mortgage is just waking up. During 2014-2015, the first year it has virtually disappeared. We have during this period inflation was nearly 60%, even with high interest banks during this time lost, not earned. Indeed, we already have 300 thousand, and in 10 years to pay 700 thousand,” – said the expert.

In developed countries, where the risks for banks less, and the rate of inflation can vary between one percent per year, mortgage can be taken at 3-5% per annum. So, in the US you can get a housing loan (called a mortgage) with a fixed rate of 3.72% per annum for 30 years. For example, a client who took a loan of 200 thousand dollars, the Bank in 15 years will receive 252 thousand dollars.

The head of the Board of nationalized “Private” Oleksandr Shlapak said that the Bank can undertake mortgage lending during the month. “The mortgage will be issued. We adopted at Cwape (Committee management assets and liabilities) for new projects. I think that the launch will be within a month” – said Shlapak. Vladimir Mazurenko sure: the demand for mortgages in Ukraine and PrivatBank will offer more favorable lending terms, it is possible that this program will be in high demand.

“The Outlook for PrivatBank is very interesting. There is a demand for mortgages from the population. The question is, what conditions will offer “Private” and how much will cost this product. Because, given what is happening in the banking market, the question arises whether to make a mortgage. Other products can earn more for the Bank. Mortgage always is subject to risk from the Bank’s side, this is due to the length of this service, and because of the low yield”, – says the expert.

Economist Oleg Tereshchenko sure that mortgages in Ukraine will be revived only if the risk reduction, the resumption of the program in one Bank to the market in General, the expert believes, will be affected slightly. “We need to look at international ratings. Of course, the dynamics of last years is positive, but in the rankings, our country is still in a pre-default state” – says doctor of economic Sciences.

How much is the apartment and how to collect 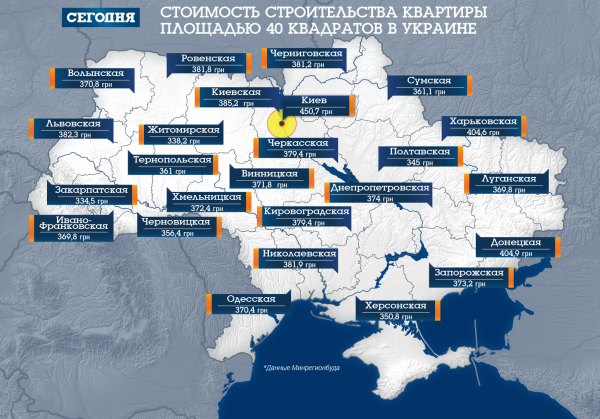 “Now the housing market is very heterogeneous. In Kiev you can buy an apartment for 24 thousand dollars, and two million dollars. Of course, the market is in decline still, it is quite small movements, getting to his feet,” – says the realtor Maxim Baborak.

To gather up the apartment, will have to be postponed for many years. The first step is to postpone at least 10% of their income, says the founder of the training center “Cashflow Ukraine” Alexey Polovinkin. Those who have learned to properly dispose of the salary, ideally can defer up to 30% of income.

Taking into account the ratio of the cost of apartments and the average salary, it is easier to raise funds for housing in Kropiwnicki (former name of Kirovograd). Local residents to buy apartments need on average 43.5 salaries. At the same time the people of Kiev to buy a good Studio apartment will need 119 monthly salaries. Maxim Baburam says many of his clients sell a house that was inherited from relatives, and after the money to buy a new apartment. The realtor advises from the apartment not to sell, rent for a few years rent.