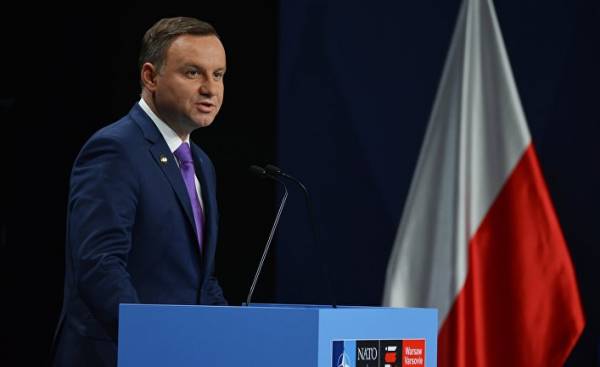 Fronda.pl: “the question of relations with Russia, NATO should take such a position for all to see unity, unanimity and solidarity of allied countries,” said President Andrzej Duda (Andrzej Duda) after a meeting with the leader of Latvia. Why these words in this context? They hint that Latvia does not demonstrate this solidarity?

Targalski Jerzy (Jerzy Targalski): first and foremost the essence of these words that the Fifth article of the Washington Treaty remains relevant for Poland, and if one of our allies is in danger, we won’t pretend that nothing is happening. We never go to, as in Tusk (Prime Minister of Poland in 2007-2014 years — approx. TRANS.), to pretend that the murder of the Polish President was a suicide, just not to displease Russia. Warsaw stressed that it will adhere to the principles of solidarity within the Alliance.

— USA with the new President, trump chose the right rhetoric?

— Russia has announced that they are going to send to Belarus 100 thousand soldiers, 80 trains and a large number of different techniques. Putin did it just to provoke us. The so-called independent experts have warned that Russian troops remain in the country because the Kremlin wants to check up, whether will react to this is America. If the part of the tramp was not followed by reaction, they would certainly have remained on the Belarusian territory.

Why? What did trump US?

— First of all, Syria has fallen, “Tomahawk”, and secondly, the United States ceased to pretend that North Korea does not exist, and third, most importantly, they stated that they can place Patriot missiles (in the Baltic countries — approx. TRANS.). Then the Russians came to the conclusion that the operation in Belarus does not justify itself. Of the latest Russian reports, we learned that the exercise will involve 13 thousand soldiers (of which only three thousand of the Russians) and only 281 pieces of equipment. The situation shows that States talk to each other, send each other signals. Signal forecasts “independent experts”, that is, agents of the Kremlin that the Russians could stay in Belarus, and now a signal to Russia was the statement of the President of Duda.

— What kind of signal he sent to the Kremlin?

— He made it clear that we will not leave anyone in the lurch. We realize that if Russia were to grab one, then immediately “swallow” the rest.

The President stressed that the talks also dealt with the emerging now in Latvia the battalion group, which will include the Polish tank company. Latvia will thus be able to feel more secure?

— Yes, because if the Baltic States would be in danger, the first country that comes to them for help would be Poland. The President’s statements emphasize that we are ready to act and will not waver from our allied obligations. Russia must understand that it is not necessary even to feed sense of danger in the Baltic States, this is the main idea.

“We adhere to the unanimous opinion that NATO should lead the fight against terrorism, in this issue, we too should take a tough stance,” it means that now it is not fighting with him, or apply enough effort?

— No, this is also a sign that in this conflict we are ready to join US in opposing the Islamic fundamentalists.

Some experts say that we should not be in conflict with the terrorists in order not to incur their wrath.

— That is, as I understand it, the best way to resolve this conflict, to obey them, right?

With what I congratulate them. These are the same people who believed that you should do everything you want Russia, because otherwise war breaks out, that is, it is best to subdue Warsaw, Moscow and to comply with her orders.

— So we should not be afraid, and to stick to its course?

Wars occur because of cowards. If someone wants to start a war, he should shout loudly that he is afraid and will not lift a finger.

— So, the signals that sends the President is a positive phenomenon, since they show that Poland is not experiencing fear?

— So. States start wars when they know that their opponent is weak and cowardly, and in case of danger hide, and to pretend it doesn’t exist. To start a war with such an opponent easily. Meanwhile, to start a conflict with someone who will fight, uncomfortable and hard, and so pointless. 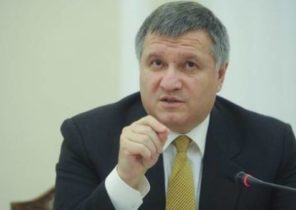