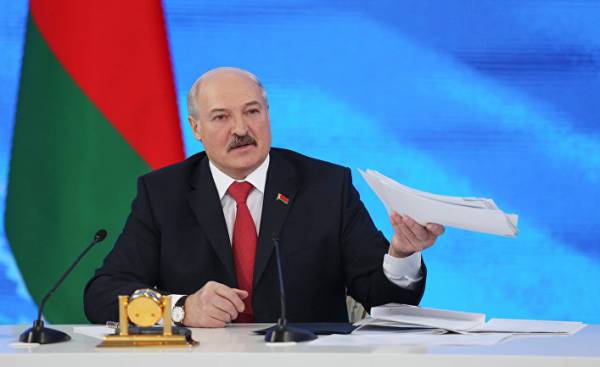 It is possible that in Belarus it is a matter for the national dialogue at the round table. This conclusion was made by the chief editor of “Narodnaya Volya” Iosif Syaredzich after a personal meeting with Alyaksandr Lukashenka on 13 February.

Until we see that, at least one non-state newspaper knowingly went on a “Grand dialogue with the President” 3 Feb. The event caused a lot of criticism from representatives of the independent media who were not given the words, but Syaredzich has staked a private tete-a-tete with the head of state, and that, as we see, kept his word.

The position of the regime is weakening

First question: why Lukashenka’s dialogue with the opponents? He’s always positioned himself as a national leader, who communicates directly with the mass and expresses its interests. Well, and the “fifth column”, a “bunch of thugs” is, say, only your selfish, treacherous interest: to reach power and to put the country to ashes.

Today, however, the position of the permanent President — and inside-and foreign policy — has weakened. No, the power fist is strong, but it’s useless against the economic crisis. Which, in turn, excites the murmur of the electorate (aggravated, to put it mildly, short-sighted quasi-fiscal decisions, like the decree against parasites).

And if we could learn from independent sociologists, the rating official leader figure, perhaps, would have been a record low. It is a sociological mirror, however, is broken: after last year’s hitting intelligence and state television stopped IISEPS national surveys publication of results, and more to do no one.

The ruling group got rid of the irritant, but the influx of people’s love for himself in such a way to could not. Dissatisfied with falling standards of living and new levies Belarusians are massively abuse power hurl.

In addition (and this is even the first place in danger) taking throat Russia. On the one hand, cut subsidies, on the other — requires more allied fidelity. Come down to the fact that Lukashenko is forced to reassure the public: do not be afraid, no capture Belarus under the name of joint exercises “West-2017” will not.

Yes, this alarmist story is unlikely, but the mere discussion of the question in this plane shows in which phase was the “brotherly integration”.

Relations with Russia in a systemic crisis, the allies did not trust each other, and in principle, the scenario of change of Kremlin power in Belarus, probably, is its current head is not-so-fantastic.

In General, there is a need to consolidate the nation in the face of external threats, to repel the Imperial media discourse, calling into question the very right of Belarusians to their own statehood.

And here is a little hope on the pale Pro-government organizations. State media also anemic, do everything on the go-ahead, and do mostly clumsy. Lukashenko, in fact, acknowledged the collapse of attempts to create a state ideology. Anyway, it would not hurt to have allies not breech the soul, and sincere patriots from among those whom Lukashenko for many years of disgust called “conscious”.

These people had been pushed into the political ghetto, when he gained the power of the Belarusian absolutism. Today it turned out that absolutism can not all. But to crush this lovingly folded pyramid do not want!

Again it will be an imitation?

In principle, the government has experimented with some forms of internal dialogue.

In 1999, the Minsk was forced to this decision of the Istanbul OSCE summit. Lukashenko was important then to restore legitimacy to make peace with the West after the de facto destroyed the separation of powers referendum-96.

But the negotiations with the opposition under the auspices of the Advisory and monitoring group of the OSCE fell through, the authorities have not fulfilled their promises (particularly about the access of opponents to the media). The same authorities declared in 2000, “a dialogue of social and political forces” turned out to be a sham, not a ride, it had to be abandoned.

Then in January 2009 under the influence of detente in relations with the West was established Public Advisory Council under presidential Administration, headed by its then leader, the current Minister of foreign Affairs Vladimir Makei.

But soon the higher UPS began to accuse the opposition of Council for the destructive statements (and that expecting consensus, as the party congresses?). The newly formed structure is dried up, and after the defeat Square in 2010, when mode is pressed the opposition in full and three sheets quarreled with the West, games in pluralism for some time and had lost relevance.

Now Lukashenko again wants to normalize relations with the EU, the US and at least show them that he’s not such a terrible dictator. Probably, the actual “Great conversation with the President” was conceived as a demonstration of the willingness of the formal leader to dialogue with the dissidents.

But it turned out obsolete. Participants were filtered, dominated by loyal characters, and suddenly became the center of attention of the liberal economist Yaroslav Romanchuk, the head of state have repeatedly demonstrated their superiority in status and worldly wisdom.

However, Lukashenko himself here fell into the trap of the genre. Publicity of the event, just were forced to dominate, to assert their leadership.

If the estimated Shareditem dialogue will unfold in a similar vein, it will be of little avail.

He further split the opposition, and those who sit behind a simulated round table, more intransigent fighters against the regime will announce Compromisers, traitors and agents.

Why Lukashenko agreed to meet with the editor opposing the regime of “people’s will”?

Today the ruling elite is interested at least in one direction of the work of the independent media — that they helped to counteract the expansion of the “Russian world”, great ideas. But here, for power there are puzzle and brake: because the independent press is not confined to critics outside, she and the regime does not favor.

Iosif Syaredzich told, about what spoke with Lukashenka

According to Seredich, the President promised that there would be problems with access to independent Newspapers to the system of distribution. Here, by the way, and the first test for the authorities: whether subordinates this setting.

Thus it is symbolic that on the same day, none of the government agencies (except for opposition parliamentarians Anna Konopacki and Elena Anisim), despite the invitation did not come to a big conference “Media in Belarus: challenges and chances”, organized by the Belarusian Association of journalists. Here is the readiness of the vertical to the dialogue.

Not surprisingly, old newspaper wolf Seredich prefers to get an audience from someone in Belarus is everything. These are the realities of the country of manual control.

The crisis is not the same as in Poland 1990

Perspectives of the socio-political dialogue once and depend directly on how the architect of the Belarusian regime is ready to move away from the paradigm of manual control with maximum control over all phases and aspects of domestic life, including elections.

After all, in democratic countries, in principle, a nonsense would be to create some form of dialogue with the President’s office. In democracies the government and the opposition face to face debate in election campaigns, in Parliament, etc. There is the opposition system. Another possibility, and the third sector.

We have the same business is limited to a tolerance of two oppozicioneri in the House of representatives, in which they, with all diligence to change things, to stir up the swamp — mostly confirm the saying “butt whipping do not destruct.” At that rate, the democratization of living, arguing the Parliament Belarusians will see at best in 20-30 years.

Yes, and the democratization so far, in fact, no. No brainer that oppozicioneri in Parliament is appointed. That is the result of the elections remained tightly controlled vertical.

There is no reason to believe that the local elections of 2018 will look differently.

Yes, CEC Chairman Lidia Yermoshina stressed that the ad hoc working group (in which, significantly, a member of the United civil party Konopacky not included) account for about half of the OSCE recommendations, aimed at improving the electoral legislation.

But from the comments the same Yarmoshyna follows that the most important recommendations ignored. The opposition will not receive guarantees inclusion in the election commissions and observers — that they clearly show each ballot with marks.

So to say for some round tables can be stiff, but it will remain a talking shop, if the media is critical to the power of opinions will remain de facto excluded from the system policy.

Seredich, according to him, Lukashenko has advised to go through the head of the Communist Poland, Wojciech Jaruzelski. That in 1990, agreed to multi-party elections and peacefully handed over power to Lech Walesa.

However, first, the crisis in today’s Belarus have not reached that severity, then in Poland, so upstairs I hope that will resolve.

Secondly, in the new Poland General Jaruzelski was not very comfortable, he tried to judge. So the big question is, did Lukashenko this parallel. 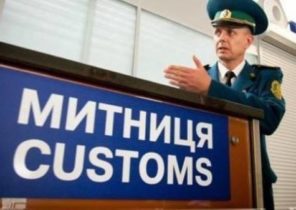 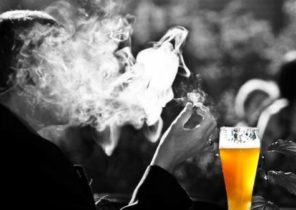