In Poland there are not enough workers, but because the country will be taken to attract workers from Eastern Europe, particularly Ukraine. This was stated by Minister of family, labour and social policy of Poland Elzhbeta of Rafalska, UKRINFORM reported.

“Certainly, the situation in the labour market, clearly shows us that Poland is running out of workers” – said Rafalski.

She noted that the Ministry of development continues to work on proposals for immigrants from the East arriving to work and live in Poland.

“This policy will encourage the entry of foreigners from the East,” said Rafalski.

She added that this policy should in some way be monitored.

The interagency group, which includes representatives of the ministries of development, of family and of the interior prepare amendments to the immigration laws of the country. According to the Deputy Minister of development, Jerzy Kosinskogo, this policy is addressed in General to the Ukrainians and should become “an effective prescription for the demographic crisis in Poland.”

The Polish government wants to give visas to Ukrainians for longer periods of time.

We will remind, in November last year, the President of the Union of entrepreneurs and employers of Poland Cezary Kazmierczak stated that his country planned in the coming years to attract an additional 1 million migrant workers from Ukraine, Belarus, and Vietnam, as they have proven themselves in the labour market. 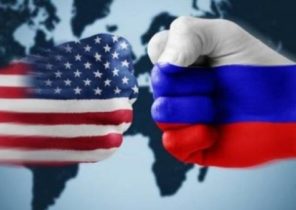