In February 2016, the influential RAND Corporation is a research centre closely associated with the US air force has published a report which stated that in case of invasion of the Baltic States Russia is able to reach the capitals of Latvia and Estonia less than three days, if the warning about the impending attack will come a week in advance.

However, Russia is capable of much faster to capture the region if the Kremlin decides to send the bulk of their airborne forces without any warning. It is likely that in this case Russia will be able to win in just a few hours, not days.

How will such an invasion? Dawn will start rocket fire and air strikes that swept away the defense of the Baltic States, after which starts full-scale operation of airborne troops, accompanied by a limited intrusion of the army in Lithuania from the Russian Kaliningrad.

It will all be over before the Alliance will know what’s going on.

This seems impossible? Let’s turn to the numbers.

It should be noted that this does not include soldiers of the Navy and the air force, which in the Baltic States is quite small. It also does not include the reservists, paramilitary forces and NATO troops who are in the Baltic States on a rotational basis. The Estonian authorities may call 12 thousand members of the paramilitary defense League Estonia, as in Lithuania, there are about 11.3 thousand strong civilian militia.

However, the likelihood that these forces will instantly assemble and lead in combat readiness, is very small — and the same applies to reservists. We also should not expect that in case of a sudden attack to the authorities of the Baltic States will manage to raise the regular ground forces — given the potential loss of the ability of governments to sustain the relationship in the first hours of the conflict.

Airborne troops of Russia include four divisions and six brigades/regiments, and their total number reaches 45 thousand soldiers. These soldiers are far better trained and equipped than their potential opponents, and they will be able to rely on the absolute superiority of Russia in the air for at least several days.

However, Russia cannot deploy all of their airborne troops at once, even if she wanted to. Vulnerable spot is the transport aircraft. After analyzing the number of Russian transport aircraft in service, their capacity and availability factor, we can conclude that Russia will be able to transfer — in the event that will involve all available means — in the best case only half of its paratroopers.

Usually Russia is using transport planes Il-76 four engine, to parachute their blue berets in the course of military exercises. However, we should not exclude the possibility that Russian troops can go to the landing on other planes — at least to the captured airfields.

Meanwhile, this does not mean that Russia will hold such airborne operation in that case, if she decides to start a war. However, we must consider the possibility that Russia can land about 10 thousand troops in that case, if it uses its aircraft Il-76, which in its current 91.

Can the Russian army to carry out such a large-scale aerial operation? It is worth noting that its airborne troops prepare for such operations.

In the course of military exercises held in October of 2015, 10 thousand Marines gathered in the Central military district and was placed in a state of combat readiness within 24 hours. В2016 year in Russia was held on 18 large-scale military exercises, which involved airborne troops.

In the largest military exercises of the airborne troops in 2016, held March 22-24, was attended by 30 thousand soldiers of the Western military district of Russia. In the exercise involved 3.8 thousand military vehicles and more than 100 attack helicopters and military aircraft. But it is worth noting that not all of the soldiers participating in the exercise were Marines.

In addition, in Kaliningrad currently has two infantry brigades and a brigade of Marines, the total population of 14 thousand soldiers and support which provides artillery brigade. If the Kremlin wants to strengthen its position, he could throw for at least another 14 battalions from the Western military district, including four tank battalion.

Even without the victims prior strikes, the Russian army start the conflict with a huge numerical superiority — refers to how soldiers, and military equipment — and in conditions of substantial air superiority.

Superiority of Russia in the air is crucial to the success of such a sudden attack, and in the short term, the advantage of the Kremlin in this sense, is virtually guaranteed. If Sweden and Finland remain neutral — they are not part of the NATO — Western Alliance access to the airspace over the Baltic States will be severely limited in the first hours or even days of the conflict.

However, the decisive factor will be the surprise and effectiveness of the preliminary attacks, which if successful will make a mess of regular troops in the Baltic countries.

For example, the garrison of the Estonian Kupriyanovskaya separate infantry battalion in võru is located just 80 kilometers from the Russian military base in Pskov. And the range of the rockets fired from BM-30 “Smerch”, is 88 kilometers.

The authors of the RAND study suggested that Sweden allows NATO to use its territory as a base for military aircraft of the Alliance. This step will immediately put Sweden at risk of retaliation from Russia — including the possibility of a nuclear strike. Therefore, the Alliance should not take Sweden’s cooperation for granted.

The suddenness and unexpectedness of the operation, Russia will also prevent the Baltic States to collect militia members and reservists. And if the defense system will be swept away, communication channels and key infrastructure will be either destroyed or captured by the Russians, the governments of the region are left with almost no other options except surrender. And this can happen within just a few hours after the first missile strikes and the landing of the first Russian troops in the Baltic States.

How about Poland? If in the first hours of the operation, Russia will not attack Poland should be in Warsaw to perform its obligations in accordance with the NATO Charter? Whether it should start its own counterattack?

A couple of days of hesitation and indecision is all that Russia needs to bring its regular troops to the capitals of the Baltic States and to consolidate its presence there.

Can NATO avoid this disaster? Yes, through the policy of containment. The ability of the Alliance to strike back and the political will to do it is the key factor that will make Russia more carefully consider their actions.

Whether the above scenario is pure fiction? Let’s hope so.

Russia is unlikely to take immediate aggressive action against a NATO member. However, as the events of the last few years, even the most implausible scenario can become a reality. 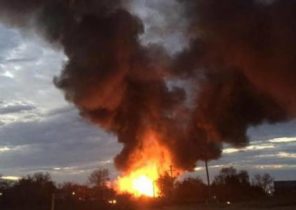 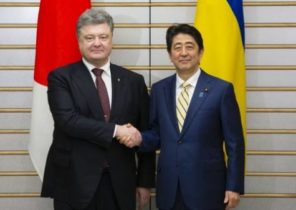